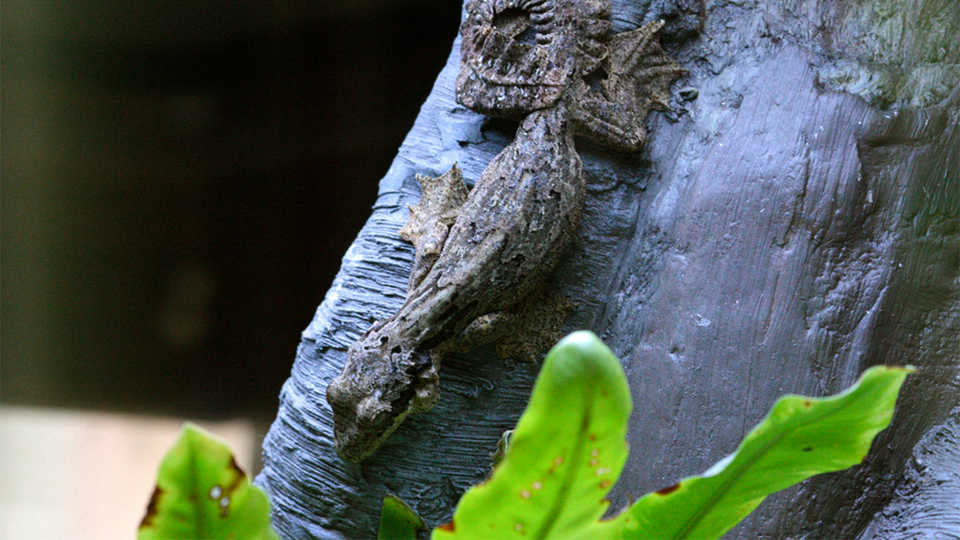 Explore reptile adaptations with this scavenger hunt.  Students will connect the physical characteristics of lizards or snakes with their apparent functions by observing and drawing in detail examples of snakes and lizards throughout the Academy.

This activity is a ready-made scavenger hunt that complements our exhibits. Just download, print, and make copies for your students! Don't forget to set the stage for the activity, and clarify any rules.

adaptation: a structure or behavior that increases an organism’s chance of surviving and reproducing in a particular environment

reptile: any cold-blooded vertebrate of the Class Reptilia including snakes, lizards, tortoises, turtles, alligators, and crocodiles. This Class includes the Orders:

squamate: an animal in the Order Squamata that includes the legged and legless lizards, including snakes

What is a reptile?

Reptiles are vertebrates that belong to the Class Reptilia. They are cold blooded, or ectothermic, which means their body temperature is not regulated by internal mechanisms. For humans, our normal body temperature is approximately 98.6 degrees Fahrenheit. But in reptiles, their internal temperature is dependent on the temperature of their surroundings. This is why you might see a snake or lizard sunning itself on a rock.

The focus of this activity is on a particular group of reptiles called squamates (pronounced skwah-mates).

What is a squamate?

Squamata means “scaly” in Latin. Squamates include lizards, worm lizards, and snakes, which are sometimes called limbless lizards. This group of reptiles is one of the most successful among vertebrates. There are 8,000 known species of squamates and they live in diverse habitats including rivers, lakes, seas, treetops, deserts and mountain ranges. Like other reptiles, squamates are cold-blooded and cannot generate body heat on their own, so cold temperatures are a limiting factor of where they can survive.

From fossil evidence, we know the first squamates appeared over 200 million years ago, most likely as small predators that lived on the ground. Over time, squamates have evolved unique adaptations that allow them to survive in a variety of diverse habitats. For example, while many squamates have well-developed limbs some do not. The absence of limbs in squamates such as snakes, may allow them to easily navigate narrow underground tunnels and burrows. Why might it be an advantage to live underground? Many squamates live in underground burrows to escape predators, help regulate their body temperature by avoiding intense heat during the day and cold temperatures at night, and have a safe place in which to lay their eggs.

Geckos and chameleons are lizards that have evolved special adaptations for life in the trees. Geckos’ toe pads are covered with millions of tiny hairs (setae) that allow them to climb vertical surfaces and even cling upside-down! Scientists are still trying to fully understand exactly how geckos accomplish this. Chameleons’ feet are highly modified for grasping tree branches. 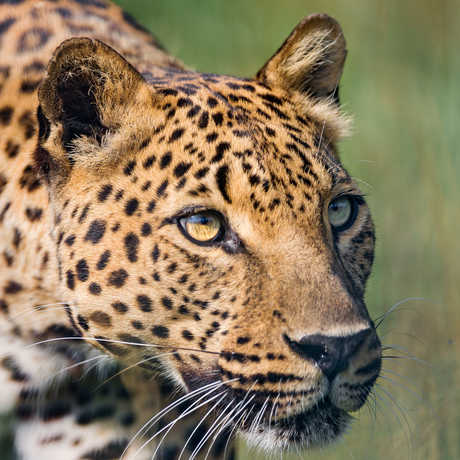 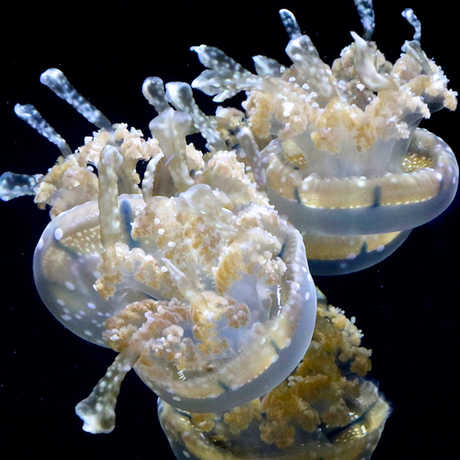 Trek through the Aquarium to observe and describe animals surviving in both aquatic and desert environments.