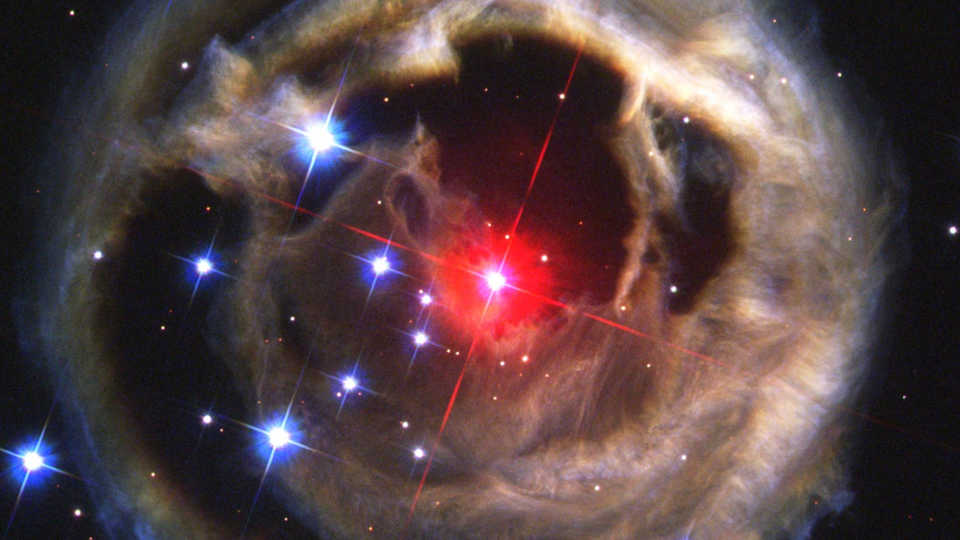 For the first time, astronomers have gone out on a limb, predicting the appearance of a nova—literally a “new star”! So, what’s in a prediction?

Astronomers understand certain phenomena well enough that they can make predictions with startling accuracy—to within fractions of a second! Take the motions of celestial objects. One such highly anticipated example is dubbed the Great American Solar Eclipse, which will be seen across the United States in August (for more information about it, look here and here). Christopher Columbus is reported to have made a similar (albeit much more manipulative) prediction while shipwrecked in Jamaica in 1504, using his foreknowledge of a similar celestial event—a total lunar eclipse—to frighten superstitious locals.

Other predictable events include occultations, where a solar system body such as the Moon or a planet moves in front of a distant star and blocks it from view. In 1676, Danish astronomer Ole Roemer observed occultations of Jupiter’s moons by the giant planet itself. Detecting a discrepancy between predicted times and his actual observations helped him derive an accurate value for the speed of light.

Sometimes, astronomers’ understanding of processes can lead to predictions, although with a bit less precision. The 11-year cycle of solar activity is understood to the extent that solar scientists generally know when to expect peaks and lulls in the number of sunspots and solar flares, but they still can’t predict with certainty how many sunspots will be seen or how powerful flares will be.

And from what they understand of stellar physics, astronomers know that aged massive stars will explode as supernovae, and for years, the “imminent” detonation of the red supergiant Betelgeuse in Orion the Hunter has been predicted for anywhere between “sometime in the next million years” to “tomorrow,” with most astronomers favoring the more level-headed, longer-range estimate.

But for the first time, astronomers have predicted when and where a celestial phenomenon known as a luminous red nova will occur. This is not to be confused with the standard nova, which is an explosion on the surface of a white dwarf star. Luminous red novae (LRNs) are a relatively recent discovery, and only a few are known so far. They result from the merger of two main sequence stars, resulting in a temporary brightening of the system by several tens of thousands of times, with a particular increase in red and infrared output (hence, “red”).

The prediction was made by Lawrence Molnar, an astronomer at Calvin College in Michigan, who began observing the star KIC 9832227 in 2013. The star, about 1,800 light years away in the summertime constellation Cygnus the Swan, is known to fluctuate in brightness, and Molnar decided to explore why, thinking that it could be one of several types of variable stars, such as a pulsating variable or an occulting binary.

He discovered that KIC 9832227 is not just a binary, but a contact binary, where two stars are so close together that they share an atmosphere. Molnar likened it to “two peanuts sharing a single shell,” orbiting each other every 11 hours. But there was something else. Comparisons of the brightness fluctuations over a 15-year span show that the orbital period is shrinking at an accelerating rate. This means that as the stars gradually move closer together, the laws of physics make them orbit faster and faster. Eventually, the two stars will collide and merge, and Molnar's team believe that will happen sometime between 2019 and 2022. At a press conference during last week’s American Astronomical Society meeting, Molnar described his skepticism turning to confidence: “When we first started, it seemed unlikely, but with each year’s data, it gets more probable…”

Currently far beyond the reach of the naked eye at 12th magnitude, the star is predicted to become as bright as the 2nd-magnitude North Star—an increase of nearly 10,000 times in brightness! However, the North Star is considered a medium-brightness star, and not surprisingly, some media outlets in their enthusiasm have blown the prediction out of proportion, claiming that KIC 9832227 will become “the brightest star in the sky for six months,” a few subsequently backing off from that statement and correcting it to “one of the brightest,” or just saying more safely that it’ll be “prominent.”

Molnar certainly acknowledges uncertainty in the prediction, although if it happens, he seems pretty confident about how bright it should get, saying, “We don’t know if it’s right or wrong, but it’s the first time we can make a prediction. At 2nd magnitude, it’ll be easy if it see if the prediction was correct. You won’t need a telescope to tell me in 2023 whether I was wrong or I was right.”

However, in spite of its name, it probably won’t look very red to the unaided eye. ”Because of the anatomy of the eye, all faint stars look grey,” Molnar noted. But if the LRN brightens sufficiently, we might be able to distinguish its red color.

Some websites featuring virtual telescopes are already planning to observe that region of the sky regularly to catch it if—and when—it happens.