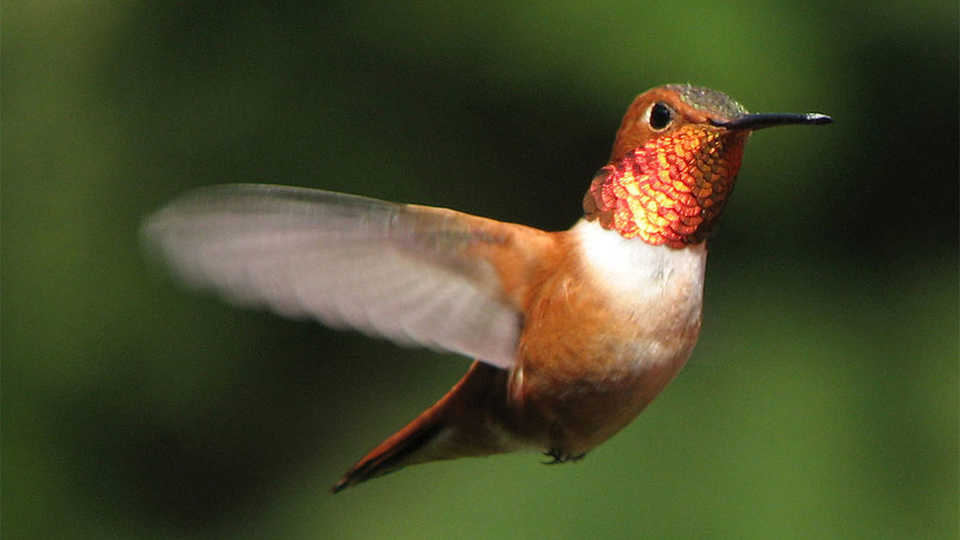 How do we gauge the accuracy of models that estimate the effects of climate change? Test them with actual data.

That’s just what Matthew Betts, of Oregon State University, and his colleagues did to see how the changing world affects bird populations in western North America. The team looked at existing data for 132 bird species over the past 32 years. They measured the impacts of temperature and precipitation on bird distributions at the beginning of the study period (the 1970s) and then tested how well the predictions performed against actual population trends over the ensuing 30 years.

The team keyed in on several variables, including possible changes during the wettest month in each region, the breeding season of different species, and the driest month by area. Their model found that models including precipitation were most successful at predicting bird population trends.

“When we think of climate change, we automatically think warmer temperatures,” Betts says. “But our analysis found that for many species, it is precipitation that most affects the long-term survival of many bird species.

“It makes sense when you think about it,” Betts adds. “Changes in precipitation can affect plant growth, soil moisture, water storage and insect abundance and distributions.”

The researchers chose December precipitation as one variable and found it to influence bird populations significantly. “Someone might ask why December, since half of the bird species usually present in the Pacific Northwest, for instance, might not even be here since they're migratory,” Betts explains. “But much of the critical precipitation is snow that falls in the winter and has a carryover effect for months later—and the runoff is what affects stream flows, plant growth and insect abundance well down the road.”

The rufous hummingbird (pictured above) is one species affected by changes in December precipitation, the researchers say. The species is declining across western North America at a rate of about 3 percent a year, and the model suggests that this decline is linked to an overall drying trend in the Northwest. The evening grosbeak is similarly affected.

The Academy’s Jack Dumbacher finds the work “solid.” He notes that “We all think about global climate change as global WARMING, but it is not just warming, but changes in precipitation and seasonality and more. This study suggests that it is not the couple of degrees of temperature change that is affecting birds most, but the availability of water.”

Results of the study, funded by the National Science Foundation with support from the U.S. Geological Survey and others, are published in the journal Global Change Biology.