The deadly chytrid fungus, Batrachochytrium dendrobatidis (Bd)—which causes declines in amphibian populations and even extinctions of species around the globe—has now been discovered in Madagascar, according to a study published today in Scientific Reports.

While the fungus has been found on almost every continent, regions such as Madagascar and Papua New Guinea were thought to be safe from chytrid and the deadly disease it causes. Despite that, over the past decade, conservationists and scientists have been hard at work to prepare for signs of the fungus on Madagascar, including holding workshops, creating action plans, and surveying the island biannually.

In the new paper, Molly Bletz, of the Technische Universitat Braunschweig in Germany, and her colleagues took data from several of those surveys, and others, from 2005 to 2014. Looking at 4,155 amphibians over 52 sites on Madagascar, the team found Bd in five remote areas, with the first record appearing in 2010.

Madagascar has very unique and diverse wildlife, and that is true to its frogs, too. The island holds “more than 290 described species [of amphibians] and well over 200 undescribed candidate frog species,” according to the paper. The endemic animals are already threatened by deforestation, and if Bd spreads further, frogs could face a one-two punch across the country.

But the news isn’t entirely bad: amphibians carrying the fungus have not displayed any signs of the disease it causes and no Bd-associated deaths have been reported. The team also discovered a pattern to the fungus’ emergence. In the paper, they write, “Detection of Bd appears to be associated with mid to high elevation sites and to have a seasonal pattern, with greater detectability during the dry season.”

Some amphibians are known to carry the fungus, but appear to be immune to it—could this be the case in Madagascar? More studies are required, says co-author Gonçalo M. Rosa, of the Zoological Society of London. “We are still trying to figure out whether these findings could be as devastating to Madagascan amphibians as it has been in other regions, or if they have been living with the fungus for years. This would be a more optimistic scenario.” 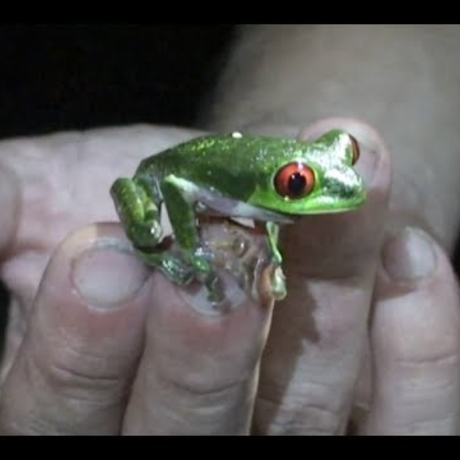 Stopping Chytrid, Saving Frogs
Academy researchers are working to stop the spread of the deadly chytrid fungus in amphibians.