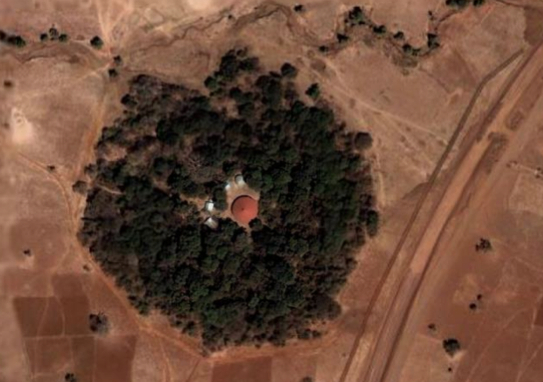 "The best time to plant a tree is twenty years ago. The next best time is now." — African proverb

I’m swallowing mouthfuls of dust each day driving long distances through a landscape parched by East Africa’s annual dry season. The majority of roads are not only dusty; they’re unbelievably rough, and our four-wheel-drive’s dysfunctional shock absorbers subject us to a rodeo-ride experience. But I’m not here simply to endure the ride. I’ve traveled to northern Ethiopia to work with locals on forest sustainability. As a conservation biologist, I’m one of Mother Nature’s sleuths, trying to find, identify, and determine the health of this country’s declining native trees—before they completely disappear.

Northern Ethiopia is hardly known for its forests. Less than 5 percent of what once stood here remains, and what’s left is under constant threat. As in so many developing countries, much of Ethiopia’s natural landscape has been cleared for agriculture, and for harvesting timber and firewood. Fortunately, there are still hundreds of notable exceptions: bright green patches of forest surrounding the country’s churches. Protected as sacred sanctuaries, some of these forests are over fifteen hundred years old. They range in size from just five acres to more than 1,000. A direct result of the Orthodox Church’s mission to retain a green necklace around the place of worship—a veritable “home for all God’s creatures”—these forests have become the centerpiece in the struggle to conserve what remains of northern Ethiopia’s biodiversity.

The threats to Ethiopia’s church forests are many. Villagers harvest timber, cattle invade and eat seedlings, and farmers till around the forest edges—often pushing across the perimeter and chipping away at the whole. In a country where resources are extremely scarce, few funds exist to buy fences to safeguard these biological treasure-troves.

Planting new trees—especially fast-growing species—might seem like an obvious solution. In fact, this idea did take hold in Ethiopia and elsewhere more than a century ago. But like so many similar biological experiments, the solution has become a curse. Eucalypt trees, which are native to Australia, were first introduced in the late 1800s as a source of firewood and construction timber. In the absence of native pests and predators, the eucalypts (or gum trees, as the Aussies call them) grew fast and reproduced quickly. They seemed to be a perfect response to the rapid deforestation of native species. But then they started to outcompete the already-struggling native trees.

Today in Ethiopia’s church forests, the blue-green hue of gum trees increasingly interrupts the bright green canopy of the natives. Like so many invasive species, they grow and reproduce unchecked. Local Orthodox priests now call them the “evil tree,” not only because they are invading their forests, but because gum trees require up to four times more water than native tree species. They’re also toxic to most native wildlife and produce none of the traditional medicines that local people have come to rely on. The invaders have become so successful, they now threaten Ethiopia’s rural water supply, native biodiversity, and cultural heritage.

And yet, there’s a challenging ethical dilemma here. Local people rely heavily on gum trees for firewood and for building homes. In such a poor country, how can we balance these needs against efforts to preserve native forest biodiversity? The fact is, we can’t possibly know what steps are necessary to preserve biodiversity until we know what’s there. And that’s the whole point of my scientist colleagues and I bumping along these dusty roads: to visit these forest oases, document the bizarre and wonderful creatures that call them home, and build alliances with the religious leaders who care for them. Our hope is to find new solutions that are mutually beneficial to the people and the church forests of Ethiopia. Stay tuned.

Meg Lowman is the Academy’s Chief of Science and Sustainability. Known among her peers as "Canopy Meg," she has studied forest canopy ecosystems on five continents. She first became acquainted with the plight of Ethiopia’s remaining forests in 2009 and has been dedicated to preserving them ever since.