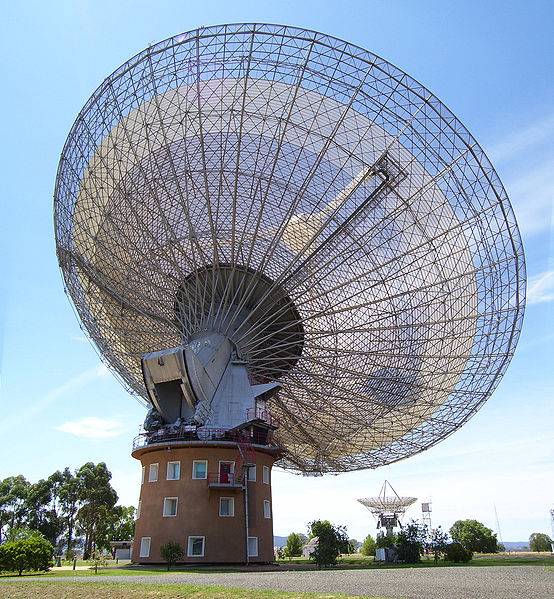 The newest cosmic mystery: four distinct high-energy flashes! (Is the Universe trying to get our attention?) Astronomers are calling them Fast Radio Bursts, but we have yet to determine their origins.

Radio astronomers detected the first burst about six years ago, but it seemed so strange that many people thought it was a fluke. Dan Thornton, a PhD student at England’s University of Manchester and Australia’s Commonwealth Scientific and Industrial Research Organization, decided to investigate. He spent the next six years looking for these strange flashes.

So far Thornton and his team have found four radio bursts. Astonishingly, the flashes—taken from only a small section of the sky—indicate that there should be one of these signals going off every ten seconds.

“The bursts last only a tenth of the blink of an eye,” explained Max-Planck Institute Director and Manchester professor, Michael Kramer. “With current telescopes we need to be lucky to look at the right spot at the right time. But if we could view the sky with ‘radio eyes’ there would be flashes going off all over the sky every day.”

Astronomers have ruled out terrestrial sources for the Fast Radio Bursts and the origins in the high galactic latitudes suggest that they originate from beyond the Milky Way.

The brightness and distance of the mysterious flashes also hint that they originated when the Universe was about half its current age. “They have come such a long way that by the time they reach the Earth, the Parkes telescope would have to operate for one million years to collect enough to have the equivalent energy of a flying mosquito,” said Thornton.

Co-author Professor Matthew Bailes, from the Swinburne University of Technology in Melbourne, Australia, thinks that burst energies indicate that they come from events involving relativistic objects—maybe even from a type of neutron star called a magnetar. “Magnetars can give off more energy in a millisecond than our Sun does in 300,000 years and are a leading candidate for the burst.”

Astronomers have a lot more research to do before we can solve the radio burst puzzle, but the findings may also help crack some other astronomical mysteries. “We are still not sure about what makes up the space between galaxies, so we will be able to use these radio bursts like probes in order to understand more about some of the missing matter in the Universe,” said Ben Stappers, from Manchester's School of Physics and Astronomy.

So these Fast Radio Bursts could even speed up cosmic discovery!

Alyssa Keimach is an astronomy and astrophysics student at the University of Michigan and interns for the Morrison Planetarium.