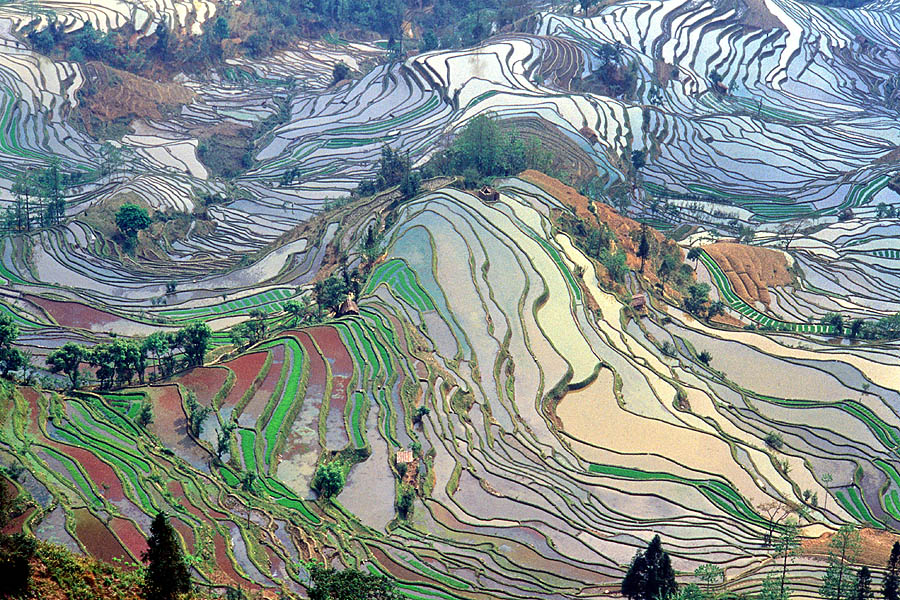 You’ve heard that saying, “You are what you eat,” right? Well a new study, published last week in Science, has also determined that you are what you farm.

People in China have long been aware of cultural differences within their own country. Those in the north are thought to be more aggressive and independent, while people in the south are considered more cooperative and interdependent. Researcher Thomas Talhelm and his colleagues wondered if the crops grown in these regions might have a role in this variation—wheat is grown north of the Yangtze River, while rice is grown in the south.

Why farming? Well, rice farming is a much more cooperative endeavor than wheat farming. It’s extremely labor-intensive, requiring about twice the number of hours from planting to harvest as does wheat. It also requires irrigation which means neighboring and regional rice farmers must work together to develop and maintain an infrastructure to share available resources.

In contrast, wheat is grown on dry land, with farmers relying on rain for moisture. This, according to the researchers, leads to more of the independent mindset, which permeates northern Chinese culture.

To test this “rice theory,” the scientists ran psychological tests with over 1,000 Han Chinese students from all over the country. One of the most obvious results came from a common test that asks the subject to draw themselves and their friends. Northerners drew themselves slightly larger than their friends, southerners, slightly smaller. This is a similar result to previous tests between wealthy western wheat-growing nations, like the U.S., and wealthy eastern rice-growing nations, like Japan and South Korea, where a similar divide—independence vs. interdependence—has been recorded in the past.

Pass the parasites, please. Our favorite writer of parasites and other microbial nightmares and delights, Carl Zimmer, caught our eye last week with his National Geographic blog entitled, “Parasite Cuisine: Eating the Eaters.” He lists delicious and delectable examples like pea crabs, huitlacoche, and lampreys, and a commenter added tapeworm pâté to the list (technically called Bécasse pâté). Not to be missed. Bon appétit!

This will sound a bit strange, but for me, one of the wildest parts of California is the Monterey Bay. Standing on its shores, the view of wildlife never disappoints—birds, otters, whales, sea stars and more—and so close to such a populated area. A story last week from NPR called “Ocean Buffet, Open for Business,” describes why all that wildlife is there. Steve Palumbi of Stanford University’s Hopkins Marine Station explains how the upwelling during the spring attracts life to the bay and how life is thriving there, resiliant after years of overfishing and pollution.