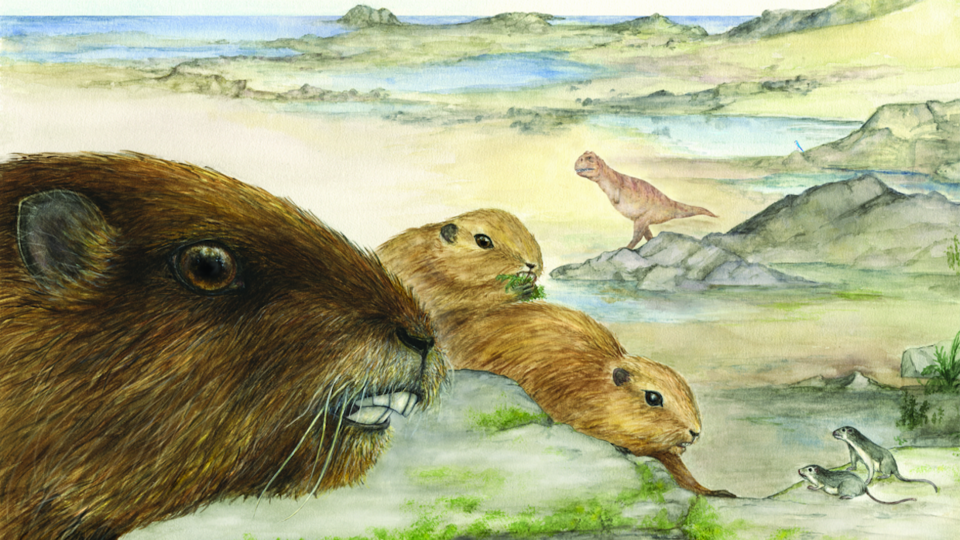 This mammal would be kind of cute, if it weren’t for the scary teeth, right? Until recently, teeth were all that scientists had to identify gondawantherian mammals, primitive creatures that lived during the time of the dinosaurs.

But this week, researchers reporting in Nature describe a fossil of a mammal that lived in Madagascar, dating to around 72 to 66 million years ago. The fossil not only includes teeth, but also a skull, filling in details about these mammals like never before. Analyses of the new fossil indicate that this mammal had big eyes, good hearing, and a keen sense of smell.

Based on the size of its skull, the authors estimate a body mass of about 9 kilograms (or 15 pounds) or about the size of an adult cat, making it the largest known primitive mammal from this period on the supercontinent Gondwana. Based on its large size and the features of its jaw and teeth, the authors propose that this animal, named Vintana, had a mixed diet—including roots, seeds, or nut-like fruits—and belonged to a successful group of rodent-like mammals. 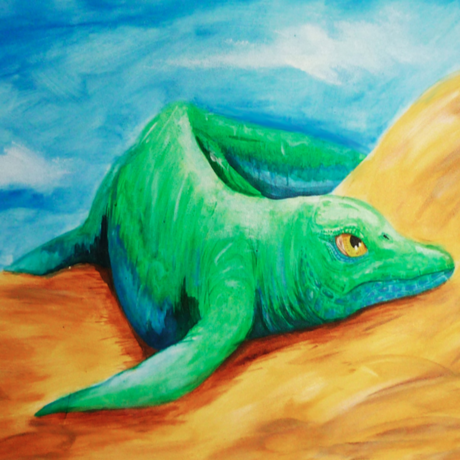 Cartorhynchus lenticarpus is also described in Nature this week. The authors describe a fossil that represents a mature new ichthyosaur from a formation in China that dates back to the late Lower Triassic (about 248 million years ago).

Ichthyosaurs were air-breathing aquatic reptiles whose limbs evolved into flippers, and whose body shape resembled that of modern dolphins, complete with elongated snouts. Cartorhynchus’s total body length is estimated to have been about 40 centimeters (about 16 inches), making it the smallest ichthyosaur-like creature known. But what it lacked in total size, it made up for with its flippers—it had unusually large seal-like flippers that may have enabled limited locomotion on land, as well as the sea. It also had a short snout, which may have been adapted for suction feeding, a characteristic still found in bony fish.