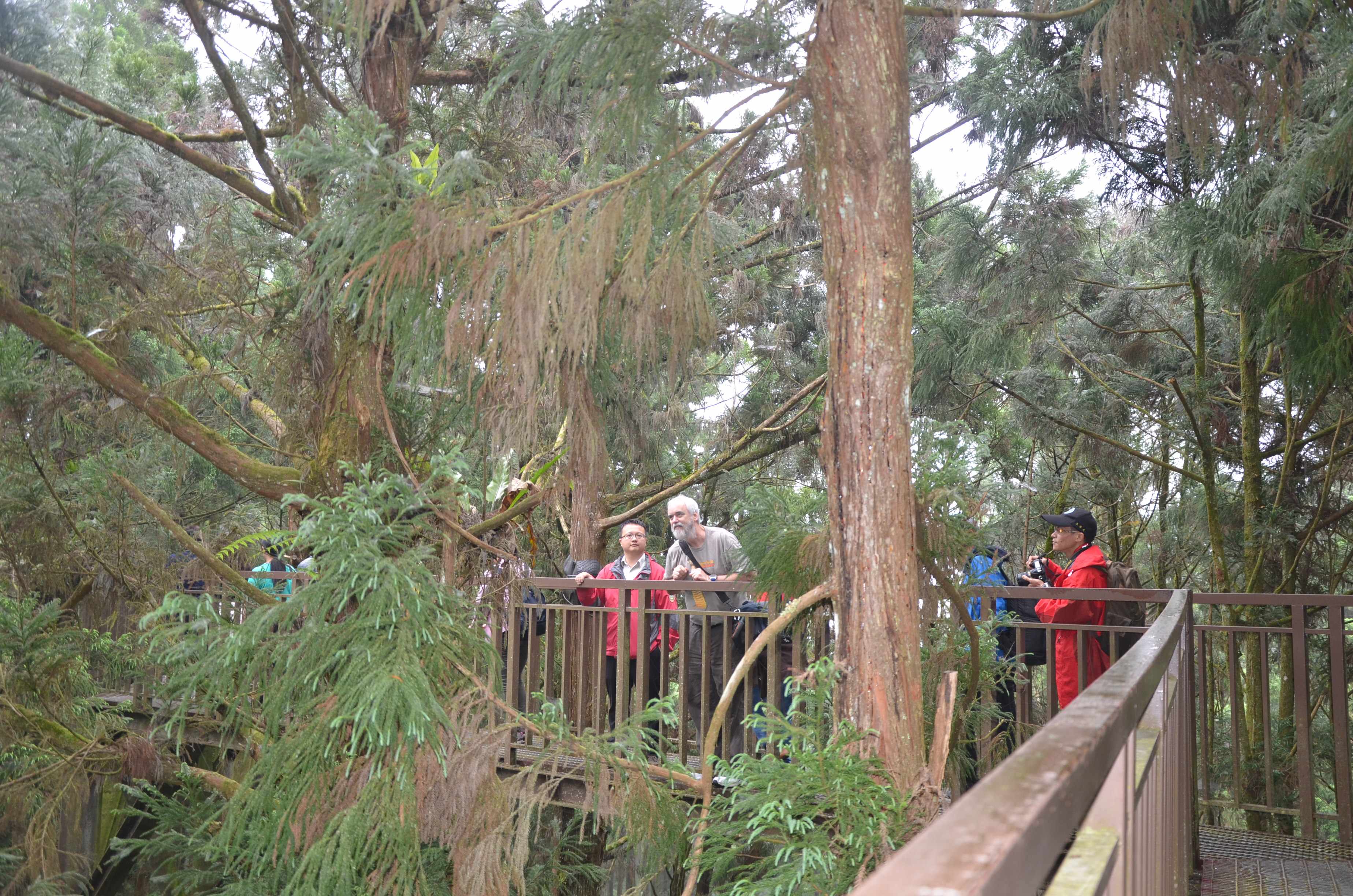 Five years ago, two Taiwanese students won an award to meet “Canopy Meg” and gather inspiration and information to build a forest canopy walkway in their island democracy. Meg Lowman, as she’s known to us on the ground, now the Academy’s chief of science and sustainability, took the students to a canopy walkway in Myakka River State Park in Florida and showed them around.

“I thought it might be a joke,” she says. But this past spring, she found herself in Taiwan clipping the ribbon of their newly constructed canopy walkway in Shei-pa National Park. In addition, Lowman gave the keynote address at the Taiwan Canopy Symposium (the text can be found on her website here).

Lowman was impressed by the Taiwanese’s dedication to the natural world. “They are a country in the 22nd century when it comes to conservation and green cities—they are ahead of their time.” She found the people connected to nature with the park—and its new canopy walkway—as a gateway. “Taiwan has conserved acres and acres of land with lots of parks for such a small land size. They have primary forests left—trees that are over 1,000 years old. The Taiwanese love and respect trees.”

With so many beautiful, pristine forests remaining, Lowman says, there’s a lot of exploration left on the island. Lowman met with students eager to discuss their future careers, often holding a copy of a Chinese printing of her book, Life in the Treetops: Adventures of a Woman in Field Biology for her signature. In fact, one female student will soon be joining the Academy as Lowman’s intern.

“There’s a lot to be discovered there,” Lowman says. “A great opportunity for young, mostly female, scientists to document biodiversity in Taiwan and continue along the impressive pathway to conservation.”