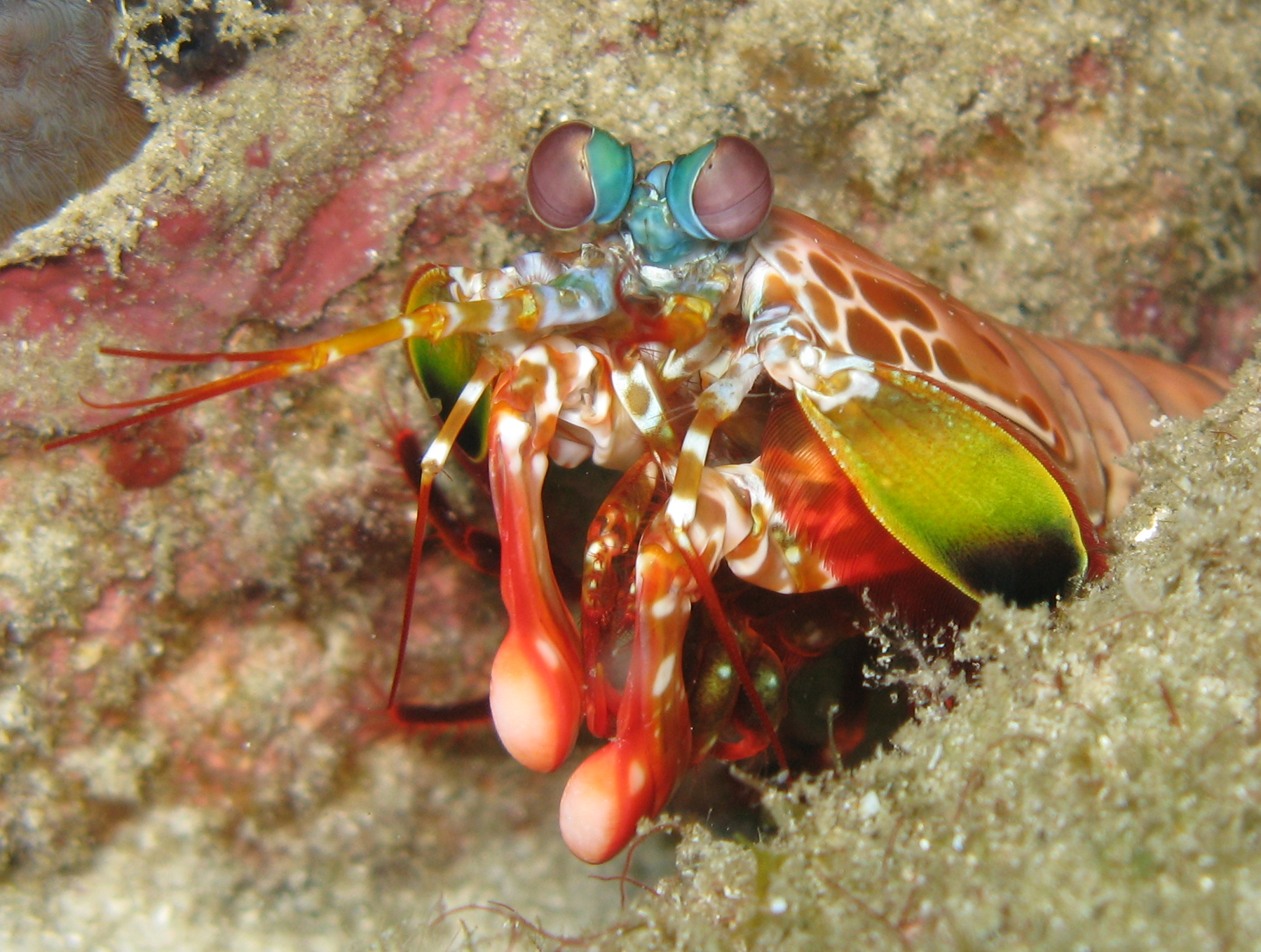 Until last week when Hanne Thoen and her colleagues at the University of Queensland published a paper in Science describing a more limited color perception in the stomatopods.

Thoen trained several individuals from the species Haptosquilla trispinosa (there are over 400 species of mantis shrimp!) to identify colors by giving them a snack treat for choosing the correct hue. Then she varied the shades a bit. When the shrimp should have gone to the color they knew would provide food, they often went to a different, yet similar color—one that humans could easily identify as different from the first.

“We tested their ability to discriminate between colors that differ a lot—such as red and blue—and then changed to colors that got closer and closer together along the spectrum—red-green, red-yellow, red-orange—and noted when they started to make mistakes,” Thoen says.

“Results were also compared to a number of other animals, including humans, bees, fish and butterflies,” she continues, “and although theoretically they should be better than all of them, they are far worse.”

It turns out that it’s not just the number of photoreceptors needed for color perception, but how we use them. “Human brains—and all other animals including birds, monkeys, frogs and fish—determine the colors of objects by comparing the relative excitation of inputs,” Thoen says. But the mantis shrimp seem to skip that step and see fewer colors.

The researchers theorize that, with its small brain and quick movement, the mantis shrimp simply don’t have the processing power or time to distinguish between several shades. (Mantis shrimp do have the “fastest claw in the west,” according to Ed Yong.)

“The findings demonstrate how evolution pushed the design of nervous systems towards a simple arrangement, rather than trying to fully interpret all the information from a very complex color vision at the retinal level,” study co-author Justin Marshall states. “This has the potential to teach us more about humans’ more simplistic perceptions of color and about bio-inspired machine-vision solutions that might borrow ideas from the evolutionary process.”

The Academy is temporarily closed to the public.

As a leading scientific institution and trusted community space, we remain committed to following the recommendations of public health authorities. At this time, the museum remains closed in order to ensure the health and safety of all guests, volunteers, and staff.