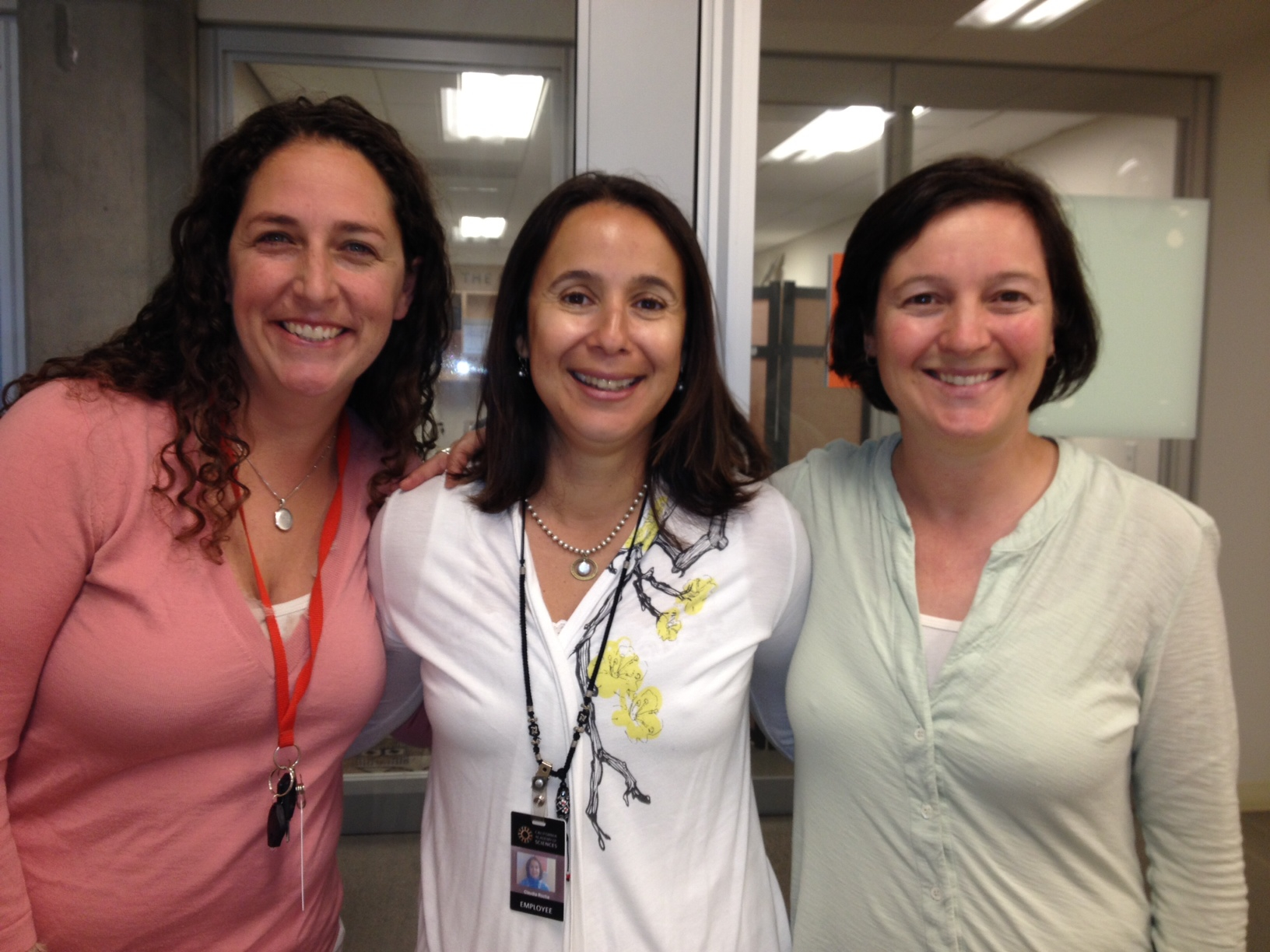 And while evidence shows that currently fewer women go into these fields than men, last month’s MacArthur Genius awards went to seven women in STEM fields. One of those recipients was Canadian astrophysicist Sara Seager of MIT, recognized for her work on exoplanets.

The award comes with a cash prize of $625,000. This money is unrestricted; grantees can do whatever they wish with the funds. In interviews, Seager was very vocal with her plans for the award—as a single mom of two boys, she plans to use the cash for childcare and household help.

“I was shocked when I heard that,” says the Academy’s microbiologist, Shannon Bennett. “I thought, can you do that? Can you say that you’re going to do that? It seemed wrong and scary to admit it."

That’s because in this traditionally male-dominated profession, motherhood is kept a bit low under the radar.  It is rarely spoken of, even by moms.

But last week, three Academy scientists (and moms) sat down to discuss the ins and outs of trying to juggle both working and having kids.

Managing to be both scientist and mom takes a lot of “mental energy,” as Bennett describes it. “And sadly, in our country, there’s not more policy to support working moms in general,” Johnson says. “It’s all a big fat secret,” Bennett says.

When Bennett told her supervisor at a previous job that she was pregnant, his response was, “That’s wonderful—your priority should be having kids. But you will be less productive.” “But, as a mom, you would never admit that,” Bennett says.

Johnson says that twenty years ago or so, when a male researcher here was about to have a child, his colleague congratulated him and said, “Your productivity will go down by one paper.” Even though the researcher’s wife was a stay-at-home mom. For mom scientists, Bennett wonders aloud if it decreases by two papers.

The key, they all agree, is flexibility in the work place. Rocha’s lab work and research in the collections means she has work onsite at the Academy for the majority of time. That can be tricky when her husband is traveling around the world studying fish. She estimates that he is away approximately 35% of the time. But Rocha finds that she can juggle the kids’ logistics by reviewing some data at home.

Bennett is often able to take her daughter into the field with her, “as long as the location is not dangerous,” she says. When her daughter was a baby, her husband was able to stay at home with her.

Johnson’s husband currently stays home with their toddler daughter, while Johnson balances the logistics for her middle school son with her research. He was born when she was a graduate student. “Life was more flexible,” she says of raising her son when he was much younger.

Flexibility continued to come up in conversation for these busy scientists. “Society doesn’t support this enough,” Bennett says. “There are generally no official policies in a work place, just informal ones between supervisor and employee,” Johnson remarks.

Whether it means working from home, bringing kids to work or piling up hours so they can be with their kids on certain days or times (“summer camps are so pricey,” says Rocha), these women make it work on a regular basis.

But they admit that many women are forced to make different decisions. While teaching schedules at universities can be flexible, conducting research in labs can be more demanding. And as scientists aren’t always guaranteed robust salaries, hiring additional help can be prohibitively expensive. Some of the Academy’s researchers’ female colleagues choose not to have children or find education or policy careers in order to have more flexible schedules.

In addition, scientist moms “are hidden from our eyes,” Johnson says. “That’s why mentors are so important.” She says that she’s often asked to speak to female undergraduates here at the Academy just starting their paths in science. “It’s not really said, but I know that I’m asked to talk to them about how to balance a science career with motherhood.”

The conversation kept returning to the same fact: “In this country, there’s simply no formal recognition that having a family is beneficial,” Bennett says. But things could be looking up for working parents. Johnson points to a potential new bill in the city of San Francisco requiring employers to allow employees with dependents more flexible schedules.

Maybe as things change, comments like those from MacArthur Genius Seager won’t be quite as shocking.

By the way, Ada Lovelace (1815-1852) is thought to be the world’s first computer programmer. She had three children.