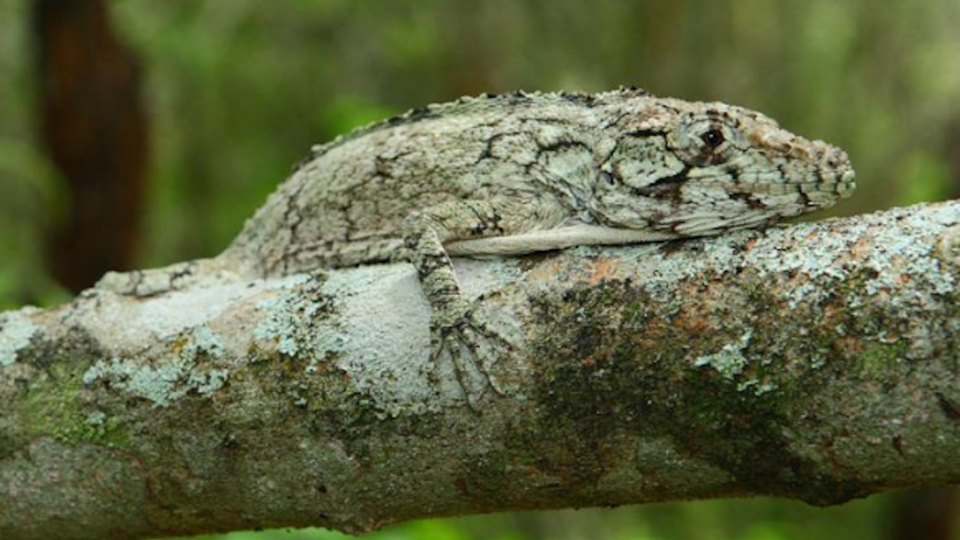 New Discoveries is a collaboration between Stanford and Academy scientists and staff, appearing on the second and fourth Wednesdays of every month. Here we celebrate newly described species and demonstrate how much more there is to learn about life on Earth.

Scientists from Canada and the United States just found a new lizard species in forests near the border of the Dominican Republic and Haiti. The new lizard, Anolis landestoyi, is named for the Dominican naturalist, Miguel Landestoy, who first saw it perched high on a tree limb. It resembles a chameleon, but it's actually an anole. Unfortunately, A. landestoyi's only known habitat is in a small forest remnant that is being logged illegally. We'll need to act quickly to safeguard the new discovery, which is described in the journal American Naturalist.

Earlier this year, Academy scientist Brian Fisher described his discoveries of species of “dracula ants”—ants that “suck” the “blood” of their own larvae. Last week, Fisher and his Academy colleague Flavia Esteves announced seven new species of these adorable creatures from Madagascar. Fisher and Esteves worked with members of the Malagasy Arthropod Team, based at the Madagascar Biodiversity Center, to inventory and revise the biodiverse island’s “dracula” genus, known to scientists as Stigmatomma. The team redescribed the one known species, Stigmatomma besucheti, and along the way discovered S. bolabola, S. irayhady, S. janovitsika, S. liebe, S. roahady, S. sakalava, and S. tsyhady. Since Madagascar faces exceptional rates of habitat loss due to human activity, Fisher and Esteves write, “basic knowledge of [these ants’] taxonomy and distribution may provide a baseline for all subsequent research and conservation efforts including them.”

New Truffle for your... Tree

Truffles, the famous fungi that live symbiotically with trees and often appear on fancy restaurant menus, have added a new species to their ranks, Tuber arnoldianum. In 2013, scientists found a fruiting Tuber borchii living on the roots of a tree in Harvard’s Arnold Arboretum. T. borchii is a European species and one of the expensive, edible truffles, and Rosanne Healy wondered if there were more. An extensive survey discovered seven other truffle species, both native and non-native, including the brand new species. Healy named it after the arboretum and the finding is published this month in the journal Mycorrhiza.

While these truffles aren’t as highly flavored as the economically important species such as the black Perigord truffle and the white Piedmont truffle, Healy says, they still are edible—it appears all Tuber species are—and “these are undoubtedly tasty snacks for woodland creatures such as flying squirrels, voles, and mice,” she mentioned by email. “They have a great partnership. The truffles only emit their odors when they are mature, and the animals with a keen sense of smell can pinpoint exactly where they are, dig them up with little disturbance to the rest of the soil, eat them, and then transport the truffle spores to a different location—depositing them in their scat.” The truffles also have a symbiotic relationship with the tree—as all ectomycorrhizal fungi do. “The tree provides sugars to the fungus, and the fungus provides nutrients and water from the soil to the tree.”

A new frog that sounds like a cricket, small, but important, algae, and an ant from the Arabian Peninsula. 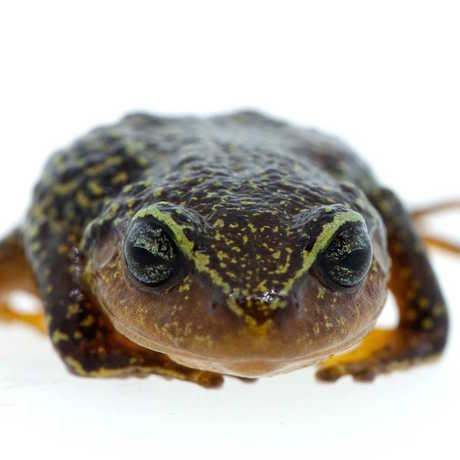 New Discoveries is a collaboration between Stanford and Academy scientists and staff, appearing on the second 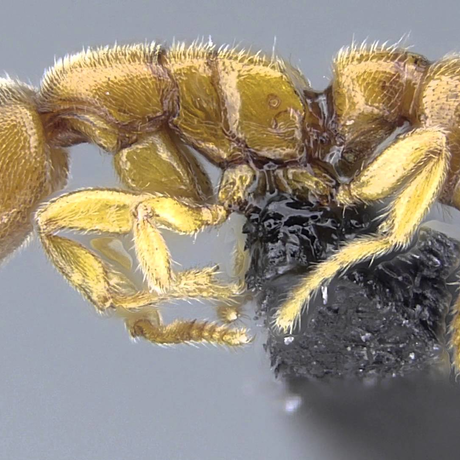 New Discoveries: From Ants to Viruses