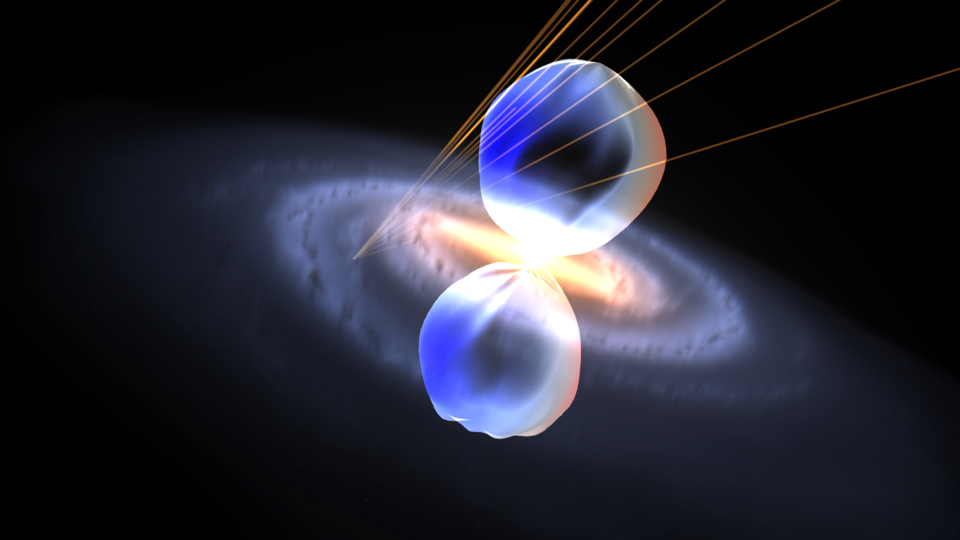 A snapshot from the Digital Universe shows a representation of the Fermi bubbles emerging from our Milky Way galaxy. Lines show the view from Earth to distant quasars, used to determine that the Fermi bubbles formed millions of years ago during an outburst from the Milky Way’s central supermassive black hole.

I talked about the Milky Way’s supermassive black hole during the Universe Update Lite I delivered on Facebook Live (in conversation with Planetarium Program Specialist Mary Holt) last Friday. But I figured it was worth going into a bit greater detail, especially since this was a hot topic of conversation at a recent astronomy meeting…

Earlier this month, we saw the first large-scale online gathering of the American Astronomical Society (AAS), which held its 236th meeting via (surprise, surprise) Zoom! That meant the meeting could attract a global audience, and it made it easy to hop between sessions, but it also reduced the opportunities to swap stories one-on-one with colleagues. Regardless, astronomers shared lots of news about our home galaxy—and that aforementioned black hole. (A couple weeks ago, I shared a different black hole story from the meeting.)

Every AAS conference features multiple plenary presentations, showcasing luminaries in their respective fields who are given a little extra time and no opposing sessions to present a deep-dive on compelling topics. For Monday’s plenary, astronomer Elisabeth Mills (currently of Brandeis University, but formerly much closer to us here in the Bay Area at San Jose State University) delivered a presentation called Journey to the Center of the Galaxy.

She delivered on the title’s promise, taking attendees on a conceptual trip to the center of the galaxy, where we see evidence for not only a host of star formation, but also a lot of dynamical activity driven by the gravitational influence of a massive object—yeah, that black hole again. The challenge in understanding what’s happening deep in the middle of our galaxy, however, is that it is obscured (from our perspective in the galactic boondocks) by a whole bunch of gas and dust. That means that astronomers have to view this region in different parts of the spectrum: infrared observations reveal the locations of individual stars close to the center of the galaxy, and radio and x-ray emissions trace out some of the hot gas swirling around very close to the center of the galaxy.

Relatively up-close measurements of this complex environment in our own galaxy can also help inform our understanding of what’s happening in other, more active galaxies farther from home (we’re a long way from the center of our galaxy, but we’re a lot farther away from the centers of other galaxies). As it turns out, the Milky Way is not a particularly active galaxy these days, and the supermassive black hole in the center of our galaxy, well, just ain’t as supermassive as the black holes in the centers of other galaxies. (For example, the galaxy M87 has a supermassive black hole 6.5 billion times the mass of the Sun, compared to the Milky Way’s wimpy black hole, which weighs in at a mere 4.3 million times the mass of the Sun.) That makes astronomers wonder why our galaxy is different—which is better than just feeling sorry for ourselves for living in a less-than-exciting galaxy.

One of the other amazing features of our galaxy, driven by all that activity taking place at its very center, are what are called the Fermi bubbles. These giant lobes of gas were first detected in 2010 (by the Fermi Space Telescope, hence the name), and subsequent measurements of the speed with which they are expanding revealed that they probably originated from a cosmic outburst a few million years ago. Details are still coming in, but the presence of these giant structures suggest that our boring central black hole used to be not-so boring.

Initially, the rate of expansion of the bubbles was measured by observing distant quasars through the expanding gas. How does that work? Well, basically quasars have a distinctive spectral signature, which is altered by the presence of the gas in between us (the observers) and the quasar (the light source). In this case, the Fermi bubbles’ gas is effectively seen in “spectral shadow” against the background. So additional absorption lines are observed in the spectrum of the quasar, and the lines are red- or blue-shifted depending on whether the gas is moving away from us or toward us.

Not only can we detect what direction the gas is moving, we can estimate its velocity as well. From that information, you can figure out how quickly the bubbles are expanding, which, if you extrapolate backward, tells you when the bubbles initially formed. Basically, when the Milky Way’s black hole belched out a lot of fast-moving gas. Our best estimate is that this took place some three to five million years ago. That’s interesting because it means that the now quiescent black hole used to have a lot more going on.

One major announcement this month concerned a new way of observing the Fermi bubbles—directly, using the Wisconsin H-Alpha Mapper (WHAM), instead of indirectly through their effect on the light from distant quasars! That’s pretty spiffy. In large part because, when you think about it, the Fermi bubbles are giant expanding lobes of gas, but quasars are merely tiny points of light. So we’re trying to deduce the structure of the giant bubbles from just a few dozen lines of sight through them. A bit like decoding Earth’s entire geological or climatological history from core samples.

Directly observing the Fermi bubbles means astronomers can study them more in their entirety. Combined with the earlier results, the new approach was able to measure the density and pressure of the ionized gas in the bubbles. The team found very high densities for this region of space, with pressures about 100 times that found in gas above the Sun’s location in the Milky Way. At the AAS meeting, these results were presented by Dhanesh Krishnarao from the University of Wisconsin, Madison, which operates WHAM, and he expressed optimism that WHAM could eventually map the 3D structure of the Fermi bubbles.

Also at the AAS meeting, Andrew Fox from the Space Telescope Science Institute described observations of quasars (yeah, once astronomers learn a trick, they use it over and over and over) seen through the Magellanic Stream, an arc of gas around the Milky Way, created by gas sloughing off the Large and Small Magellanic Clouds as they orbit our home galaxy. The researchers observed variations in the spectra of the quasars that could only come from an intense flash of light from the galactic center… Hmmm? Sound familiar? And it turns out that the ionized regions align neatly with the Fermi bubbles—and the flash would have taken place between three and four million years ago! Which seems like more than a coincidence.

In short, the below-average supermassive black hole at the center of the Milky Way has likely been more active in the past. Indeed, sometime around three or four million years ago, the black hole likely experienced a significant outburst, creating the Fermi bubbles and illuminating the more distant Magellanic Stream. 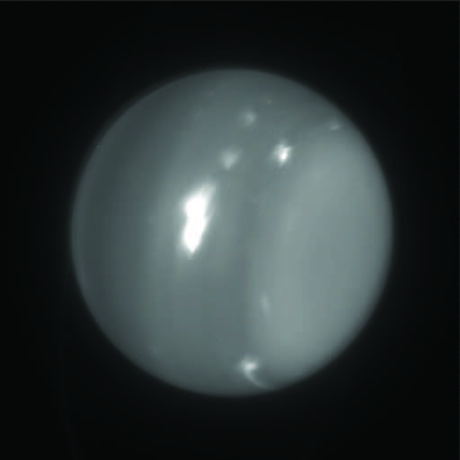 Our Solar System and Beyond

Organics on Mars, Storms on Uranus and black holes in Interstellar-- this week's astronomy headlines... 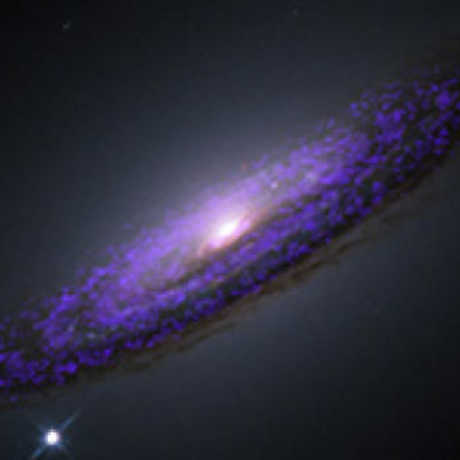 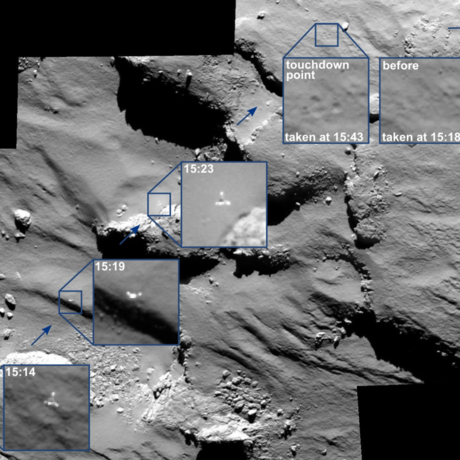 A Bounce, a Burn, and a Boot

This week’s astronomy headlines offer an update on Philae, a sunburn on Jupiter, and an ejected black hole.