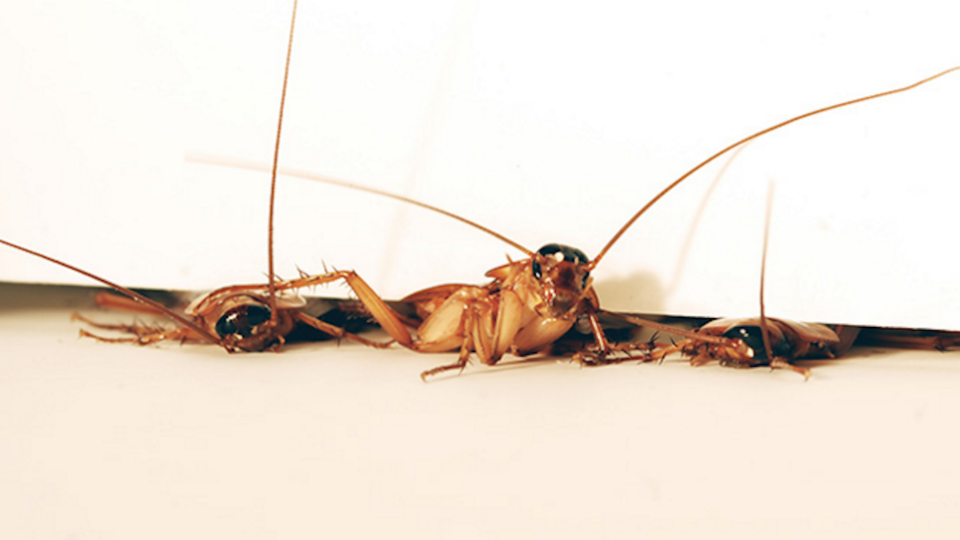 “Insects are the most successful animals on Earth. Because they intrude nearly everywhere, we should look to them for inspiration as to how to make a robot that can do the same.” UC Berkeley’s Robert Full knows where to look for inspiration. His work with sticky gecko feet has influenced wall-climbing robots, he’s shown how tails can help lizards and robots leap, and his study of cockroaches’ upside-down turns on ledges created a more agile robot.

And now Full and his team have found more insight from those cockroaches: their ability to move when squished into a small space. “What’s impressive about these cockroaches is that they can run as fast through a quarter-inch gap as a half-inch gap, by reorienting their legs completely out to the side,” says Kaushik Jayaram, who recently obtained his PhD working in Full’s lab. “They’re about half an inch tall when they run freely, but can squish their bodies to one-tenth of an inch—the height of two stacked pennies.” (Perhaps not surprising to Wall-E fans.)

Using a high-speed camera, Jayaram filmed roaches running at nearly full speed between plates spaced a quarter-inch apart, less than the thinnest part of a roach’s body. By narrowing the slits, he found that they could slip through slits of one-tenth of an inch if highly motivated. While squashed, they can’t use their feet, so they use the sensory spines on their tibia to push against the floor to move forward.

“They have to use different body parts to move in these spaces, because their legs and feet are not oriented to work properly,” Jayaram says. “But they are still capable of generating the large forces necessary for locomotion, which blew my mind.”

It didn’t just blow Jayaram’s mind, it inspired a new robot, of course! And not just any robot, a robot that can rapidly squeeze through cracks—a new capability for search-and-rescue in rubble resulting from tornados, earthquakes, and explosions. “In the event of an earthquake, first responders need to know if an area of rubble is stable and safe, but the challenge is, most robots can’t get into rubble,” Full says. “But if there are lots of cracks and vents and conduits, you can imagine just throwing a swarm of these robots in to locate survivors and safe entry points for first responders.”

The robot Jayaram designed is small (palm-sized), inexpensive and can splay its legs outward when squashed. The scientist capped it with a plastic shield similar to the tough, smooth wings covering the back of a cockroach. Called CRAM, for “Compressible Robot with Articulated Mechanisms,” it is able to squeeze into and run through crevices half its height. (A video of the robot and cockroach inspiration is available here.)

The work is published today in an article titled “Cockroaches traverse crevices, crawl rapidly in confined spaces, and inspire a soft, legged robot.”