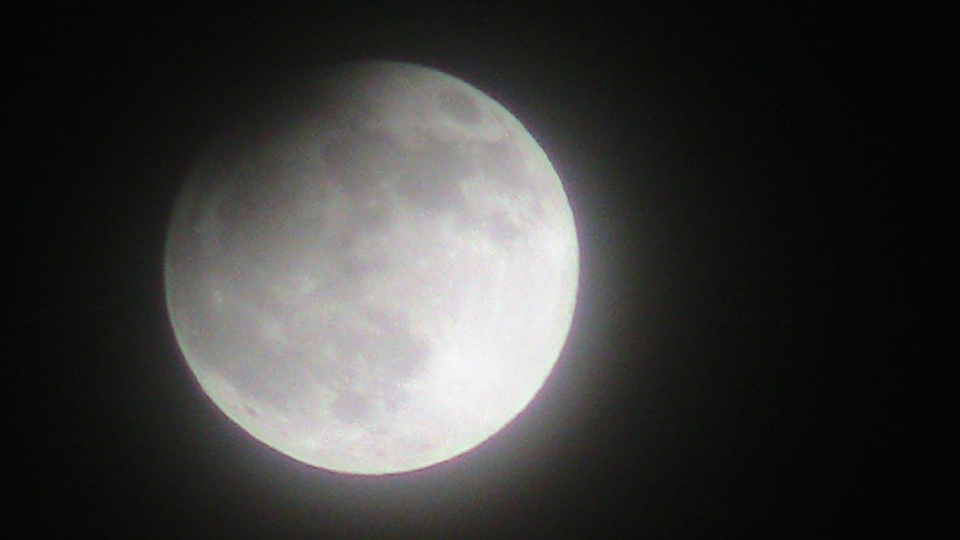 Earth, the Sun, and the Moon line up twice this month to produce a pair of eclipses—one of the Moon and one of the Sun, depending on whether the Sun is casting the shadow of Earth onto its moon (a lunar eclipse) or the Moon’s onto Earth (a solar eclipse).

For eclipses to happen, the Moon has to lie in the plane of Earth’s orbit around the Sun (also called the ecliptic). Most of the time, it doesn’t because the Moon’s orbit is tilted about five degrees from this plane, and when the Moon is lined up with Earth and the Sun—appearing either new or full—it’s either above or below the ecliptic. The Moon’s orbit intersects the ecliptic at only two points (called the nodes), and one further condition for eclipses to occur is that a line connecting these points (the line of nodes) must be oriented toward Earth and the Sun. This only happens about every six months, on opposite sides of Earth’s orbit, since the line of nodes maintains a constant orientation with respect to the stars, rather like the tilt of Earth’s axis of rotation, which currently points toward the star Polaris, regardless of where it is in its orbit about the Sun.

It can be a little tricky visualizing this, so take as much time as you need to study the linked diagrams. We’ll wait.

The times when the line of nodes points matches the Earth-Sun line are called “eclipse seasons,” and they last a few weeks. We’re in one right now, and the first eclipse of the season occurs on February 10. This will be a lunar eclipse, but most casual observers will probably miss it. Lunar eclipses occur when the Sun casts Earth’s shadow onto the full Moon. During a total lunar eclipse, the Moon passes directly through the dark center of our planet’s shadow, or umbra. The umbra is filled in with refracted sunlight, reddened by the scattering of blue light in Earth’s atmosphere. This makes the Moon turn red when it passes through.

If the Moon passes only partway into the umbra, we see a partial lunar eclipse, where the Moon may take on the appearance of a cookie with a bite taken out of it.

If the Moon passes only through the pale outer portion of Earth’s shadow—the penumbra—observers might see only a subtle, diffuse shadow rather than the sharply-defined “chomp” of a partial umbral eclipse. For observers on the West Coast, the eclipse will already be past maximum at moonrise on the evening of the 10th, and the Moon will be exiting the penumbra. The eclipse will be centered over Europe and Africa, where it will be visible in its entirety on the 11th (due to the change in time zones). If weather doesn’t permit a peek at the sky, Slooh.com will be webcasting the event from their flagship observatory in the Canary Islands.

For suggestions on how to observe a lunar eclipse, check out the Academy’s video on the topic.

The line of nodes will remain aligned just enough with the Sun and Earth for the second eclipse to occur when the Moon moves to the other side of its orbit, about two weeks later, causing a solar eclipse on February 26. This is a more dramatic event in which the disk of the Sun is blocked from view by the silhouette of the new Moon. However, unlike a total solar eclipse, where the Sun’s disk is completely obscured and its outer atmosphere, or corona, becomes visible, this will be an annular eclipse. On this occasion, the Moon is a little farther away than during a total eclipse, so it appears slightly smaller (imagine looking at two people who are standing different distances from you—assuming that both people are about the same size, the one farther away still appears smaller). In the case of an annular eclipse, if the Moon crosses centrally in front of the Sun, it’s not big enough to block the Sun’s entire disk, leaving a bright ring, or annulus, of the solar disk visible. This is bright enough to wash the corona from view. Unfortunately, the annulus and partial phases of the eclipse won’t be visible from the U.S. The path of the Moon’s shadow begins in the southeastern Pacific, cuts across Chile and Argentina, then crosses the southern Atlantic into Angola before leaving Earth’s surface.

In case your travel plans are taking you to one of those exotic locales and you’re interested in suggestions on how to observe a solar eclipse, check out the Academy’s video on the topic.

But don’t despair if your travel plans don’t include South America this month—mark your calendars (if they aren’t already) for the next eclipse season, six months from now. On August 21, a total solar eclipse will be visible from across the United States, with the path of totality running from Corvallis, Oregon, to Charleston, South Carolina—for many, a once-in-a-lifetime experience and possibly one of the most-watched eclipses ever. We’ll be discussing that event in more detail as the date approaches.

More information
Give the gift of science! (Image: penguins, ice, and snowflakes)
California Academy of Sciences