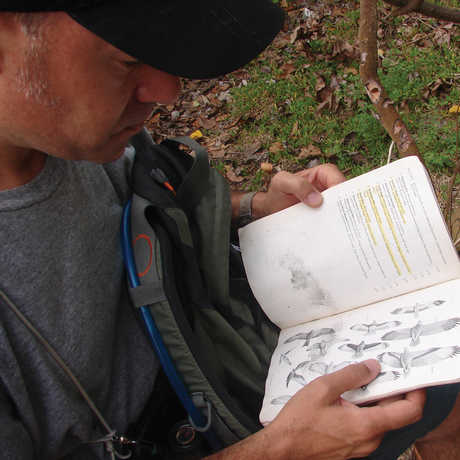 Woven throughout the breathtaking forests of the Western United States is a dilemma that encapsulates the complexities of twenty-first century conservation. Jack Dumbacher’s research about the relationship between the region’s native endangered Northern spotted owl (Strix occidentalis) and its populous relative— the barred owl (Strix varia)—has uncovered controversies surrounding land and species management in the face of modern deforestation.

“We were alarmed by rapidly declining spotted owl populations, and suspected that they were being edged out by—and possibly hybridizing with—more aggressive barred owls showing up outside of their traditional range,” says Dumbacher. “With the clock ticking for endangered spotted owls, we needed to study these interactions to properly guide species survival plans.” 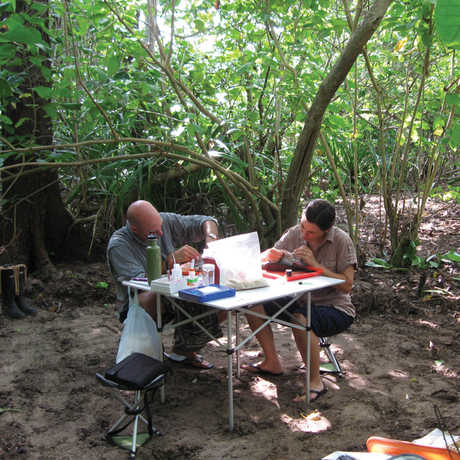 Collecting owls of any sort is controversial, and although Dumbacher has state and federal collecting permits, he had trouble finding land managers who would allow him to collect barred owls for this work.

Enter Lowell Diller, an unlikely conservation partner from Green Diamond Resource Co.—a timber company based in the northwestern California. As a staff biologist with unfettered access to privately owned forests, Diller had massive datasets on local spotted owl populations and an economic incentive to understand how the species were interacting. Diller helped open the door for Academy scientists to collect S. varia on company property.

“Almost immediately, Diller documented the return of spotted owls in areas where barred owls were removed for research,” says Dumbacher. “This was valuable early evidence that S. occidentalis was being outcompeted, and research specimens opened a treasure trove of information about how these birds were changing in real-time.” 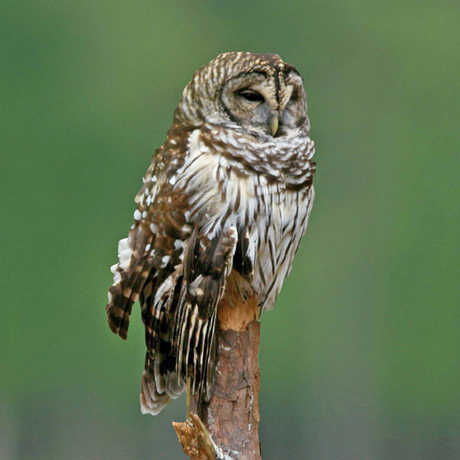 Barred owls have also emerged as invaluable surrogates for other forest-dwelling predators facing extinction. Dumbacher and his colleagues have tested the liver of each barred owl specimen for rodenticides—the toxic chemicals used in illegal marijuana grows that threaten rural forest habitats. Skyrocketing demand for marijuana has caused illegal grows to appear with greater frequency, and the rodenticides used by growers are harming the watershed and killing protected animals like fishers and Northern goshawks.

“Access to these owl specimens allows us to explore the health of the entire regional forest system,” says Dumbacher. “We’re using our collections to build a concrete scientific case for increased forest monitoring and species protection before it’s too late to intervene.” 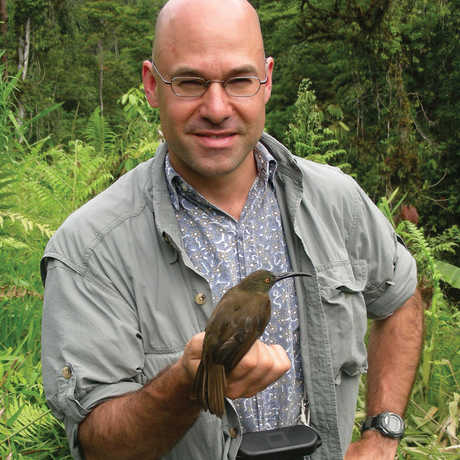 Jack Dumbacher
Jack Dumbacher's interests include the ecology and evolution of birds and molecular ecology.
View All Beyond Discovery
Sustaining Life

Our work doesn’t stop with discovering life on Earth—we’re also helping to sustain it.