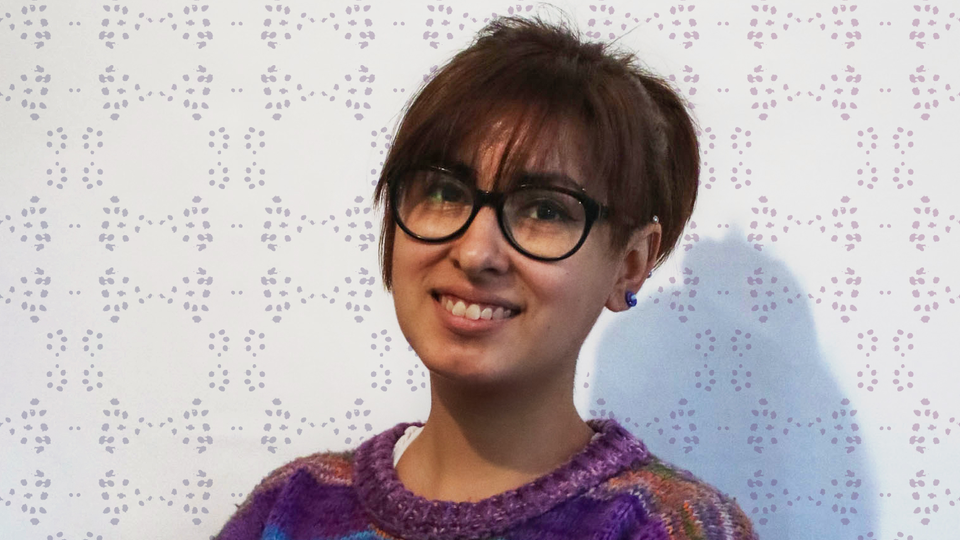 ¡Hola! I’m Ale (they/she), I’m a Queer BIPoC in STEM, and I’m currently a scientific cartoonist focused on highlighting the diversity of the microbial world and the people who study them. You can find me as @microbiale [on Twitter and Instagram].

I’ve always been the weirdo in my groups, too artistic for the scientists and vice versa. Although that hurts me sometimes, being "weird" and an "outsider” was part of my identity. After finishing my undergrad studies in Chile, I moved to Germany to do my PhD in marine microbiology. As an immigrant, I was already seeing myself as an outsider. However, being so far away from home allowed me to find myself and begin my journey of self-acceptance.

I’m pansexual and demigirl (part of the nonbinary spectrum), Latinx with Indigenous roots, and in love with art, science, and the microbial world. Microbial communities are highly diverse, with so many novel species with amazing capacities! And despite the dominant microbe groups in a community being just a few species, there is a high number of diverse groups in lower abundances. The rare biosphere—microbes found in lower abundances in their environments—is full of dynamic, often unknown groups that play a key role in their community … Am I still writing about microbes? Yes, and more.

Somehow, I am part of this rare biosphere, and my diversity is completely valid. Now, I feel that my “weirdo” side allows me to see the world under a different scope and enrich scientific discussions with my point of view. My research interests moved between different members of the microbial world, from bacteria to fungi, and my PhD thesis was focused on marine phages (viruses that target bacteria), one of the most diverse—and underrated—members in the ecosystem. Now, I explore how to highlight their diversity in different visual formats, validating the value of diversity as strength.

In my journey, I met people inside and outside academia who accept me as I am—nothing more and nothing less. They support me being honest with myself. Also, I met other queer people in STEM who are inspiring other people fighting to be themselves in this hard environment. Sometimes I can feel alone or invalid, being misgendered or taken as a cishet woman, but I’m not alone in this, and you know what? We are more than you think, and we are all valid in this rare biosphere.

Explore New Science anywhere through our virtual Google Arts & Culture exhibit, or see our new, in-person exhibit on your next Academy visit.

To learn more about the partners that helped make New Science possible, visit: