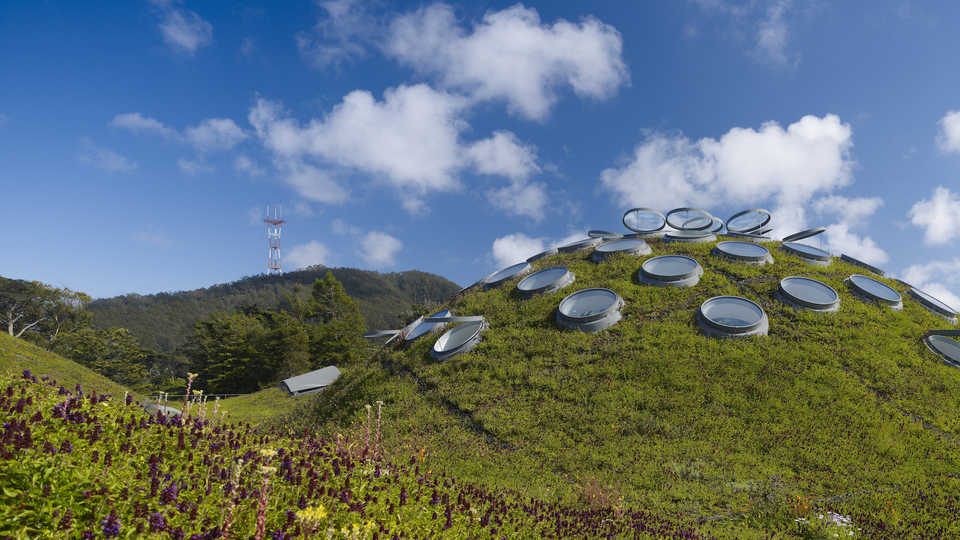 SAN FRANCISCO (October 3, 2017) – The Chairman of the Board of Trustees of the California Academy of Sciences, Jerome C. Vascellaro, is pleased to announce that seven new members have been elected to the Academy's Board of Trustees. These new members join the Board as the Academy reaches its ninth anniversary in a Golden Gate Park facility designed by renowned architect Renzo Piano, which welcomes more than 1.5 million visitors each year. The only place in the world to house an aquarium, planetarium, and natural history museum under one living roof, the Academy is also home to world-class scientific research and environmental education programs that support the institution’s mission to explore, explain, and sustain life on Earth. The new Board members are:

Laura Furstenthal is the Managing Partner of McKinsey & Company’s San Francisco Office, a leader within the global Healthcare Practice, and co-leader of the North America Innovation Practice. Her healthcare clients include biopharmacos, life science manufacturers, health insurers, research institutes, and investors across the U.S., Europe, and Asia. Her expertise includes personalized medicine, commercial optimization, and delivering highest quality care for the lowest cost. Beyond client service, Furstenthal is the leader of McKinsey’s annual Women’s Leadership Summit. She has authored publications in journals including Nature Reviews Drug Discovery and speaks regularly at healthcare industry and women’s leadership conferences. She serves on multiple boards, including the American Diabetes Association (Bay Area) and Seven Hills School. She is also the mother of two children, Rory and Evan. Furstenthal holds an AB in Biology from Harvard University and a PhD in Cancer Biology from Stanford University School of Medicine.

Kevin Hartz is a partner at Founders Fund, where he invests across all stages and sectors. Prior to joining the firm, Hartz co-founded Eventbrite, where as CEO he was responsible for guiding the company's vision, product innovation, and market expansion. He remains Executive Chairman of Eventbrite. Before founding Eventbrite and serving as the company's CEO for a decade, Hartz was co-founder and CEO of Xoom Corporation, an international money transfer company that went public in 2012 and was acquired by PayPal in 2015. Hartz has served as an early-stage investor and advisor to successful start-ups including Airbnb, Lookout, PayPal, Pinterest, Skybox Imaging, Trulia, Uber, and Yammer. He has an undergraduate degree from Stanford University and a master's degree from University College, Oxford.

Tessa Hill is a Professor and Chancellor’s Fellow at University of California, Davis, in the Department of Earth & Planetary Sciences. She is resident at UC Davis Bodega Marine Laboratory, a research station on the Northern California Coast. Hill graduated with a BS in Marine Science from Eckerd College (1999) and a PhD in Marine Science from UC Santa Barbara (2004). She was then a UC President’s Postdoctoral Fellow at UC Davis prior to starting a faculty position. Her research interests include climate change, both past and present, and understanding the response of marine species to environmental perturbation. She is part of the Bodega Ocean Acidification Research (BOAR) group at Bodega Marine Laboratory, which aims to understand the impact of ocean acidification on marine species. Hill leads an NSF-supported program with future (pre-service) K-12 science teachers to infuse their classrooms with climate change science, and an industry-academic partnership to understand the consequences of ocean acidification on shellfish farmers. Hill’s work has been featured in a variety of mass media outlets, including NPR, The New York Times, Al Jazeera America, and Science Friday. Hill has served as an Associate Director of the UC Davis Coastal & Marine Sciences Institute since 2013. She is a Fellow of the California Academy of Sciences, a AAAS Leshner Public Engagement Fellow, and a recipient of the Presidential Early Career Award for Scientists & Engineers (PECASE).

Daniel Janney is the Managing Partner of Alta Partners, a leading life sciences venture capital firm. He has over 20 years of successful early stage investing experience in life sciences. Janney’s focus on working with talented entrepreneurs to create companies around novel insights in biology and new approaches to drug discovery has led to the funding and development of 45 companies. Prior to Alta, Janney was a senior investment banker at Montgomery Securities. He is currently on the board of directors of several public and private companies, including Esperion Therapeutics (“ESPR”), Evolve Biosystems, Prolacta Bioscience, Sutro Biopharma, and Viveve (“VIVE”). He is a member of The President's Council of the J. David Gladstone Institutes, the Chancellor’s Circle at UCSF, and serves on the Board of Regents of Georgetown University. He holds a BA from Georgetown University and an MBA from the Anderson School at the University of California, Los Angeles. He is an avid skier, soccer player, and enjoys the outdoors. He lives in Belvedere with his wife Noelle Montgomery and their three children.

Zachary Lara is Chief Technology Officer for Massive Black, a creative agency serving an array of industries. He also works as a private real estate developer and angel investor. Lara’s varied and in-depth interests in science, technology, and the arts have strongly informed his practice and allowed him the opportunity to work with a variety of companies specializing in anti-malware technology, video games, and brain computer interfaces, and he has spent many years working on private, commercial, and historical restoration architecture. He has helped organize worldwide educational workshops for professionals and students focused on the creation of commercial concept art, fine art, and computer modeling for creative industries. He is an art enthusiast and philanthropist dedicated to cultivating the diversity of arts and culture in the Bay Area. Lara lives in San Francisco, with his wife, Sonya Yu, their two children, and small zoo of pets.

Marie O’Gara Lipman is a native San Franciscan. After graduating from Stanford University, she worked as a technical writer at the Electric Power Research Institute and later attended Hastings College of the Law. After a brief legal career, she decided to focus her time and attention on the three daughters she and her husband, Barry, were raising. Lipman has always been a very active volunteer. She presently serves as a Trustee of San Francisco Ballet and chairs the Education Committee, known for its ten-week dance class residencies in over 30 elementary schools throughout the SF Unified School District. Other positions she currently holds are Vice President of the Foundation of City College of San Francisco and Assessment Chair of the ARCS-NCC Foundation. Recently, Lipman has worked as a reading tutor with the SF Education Fund’s literacy program at El Dorado Elementary School in Visitacion Valley, where the Lipmans also sponsor a summer literacy program known as W.O.R.D.S. Lipman’s other interests include extensive travel to the far reaches of the world, most recently Easter Island and Antarctica. She fully shares her husband’s long-standing support of the San Francisco Zoo, the Homeless Prenatal Project, and the Lipman Family Prize in Leadership and Innovation at the University of Pennsylvania, Wharton School.

Gary T. Steele served as Chairman, President, and Chief Executive Officer of the Landec Corporation from 1991 until his retirement in October 2015. Landec is a leading developer and supplier of plant-based healthy food products which can be found under the Eat Smart® brand in most grocery stores. He has over 37 years of experience in the biotechnology, instrumentation, and material science fields. From 1985 to 1991, he was President and Chief Executive Officer of Molecular Devices Corporation, a bioanalytical instrumentation company. From 1981 to 1985, he was Vice President, Product Development and Business Development at Genentech, Inc., a biomedical company focusing on pharmaceutical drug development. He has also worked with McKinsey & Company and Shell Oil Company. He received a BS from Georgia Institute of Technology and an MBA from Stanford University. He has also served as Chairman of Partners in School Innovation, a school reform organization focused on inner city public education. He is past president of the Stanford Business School Alumni Association. He and his wife Nancy live in San Mateo and have four daughters, four son-in-laws, and five grandchildren.