From rarely-seen animal behaviors to jaw-dropping landscapes, winning images represent best in nature photography from around the world 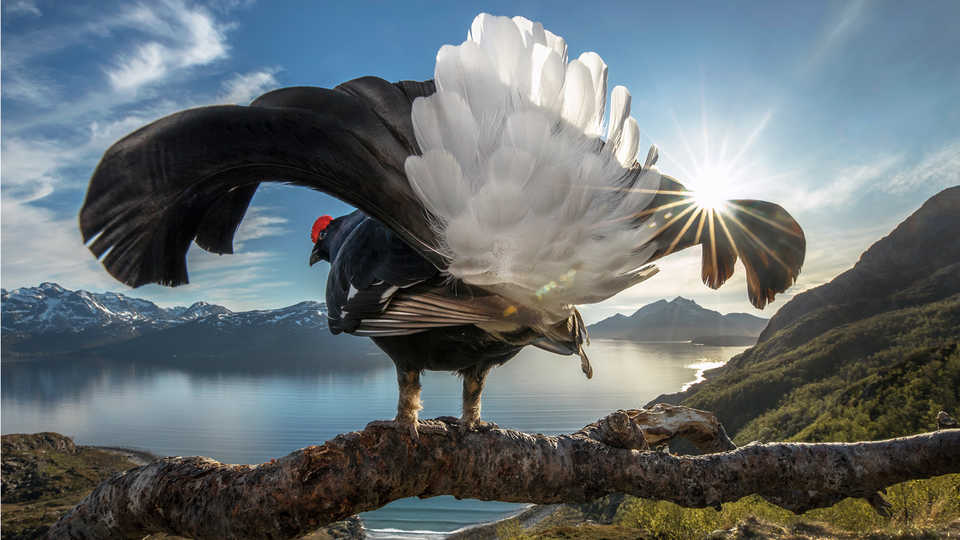 San Francisco (April 30, 2019)—The California Academy of Sciences in San Francisco is excited to announce the winners of this year’s BigPicture: Natural World Photography Competition. Over 6,500 photographic submissions were entered by world-class photographers representing 67 countries—all capturing captivating moments of life on Earth that inspire action to protect and sustain it.

A gallery of this year’s winning images was just published by bioGraphic, the Academy’s online magazine about science and sustainability and official media sponsor for the BigPicture competition. Gallery photos and captions are available for syndication to interested media outlets upon request.

This year’s Grand Prize image, titled “Black Grouse Showing Off” by photographer Audun Rikardsen of Tromsø, Norway, provides a glimpse at the showy display of a black grouse looking to impress female birds from atop his coastal lookout. Rikardsen spent three years preparing for the shot, and while his original goal was to photograph majestic golden eagles, it was a happy coincidence that this charismatic grouse frequently returned and became comfortable in front of the camera. Rikardsen, who grew up in a small Norwegian fishing community, draws inspiration from his lifelong fascination with the Artic’s rugged landscape and wildlife. Check out all of this year’s Grand Prize, First Place, and category finalists here.

"This year's Grand Prize winner is a stunning photo that combines technical skills and creative brilliance," says Suzi Eszterhas, BigPicture Jury Chair. "Here, the photographer has managed to capture the grouse’s breeding display in a way that transports the viewer to the scene. It is a testament to how patience, dedication, and deeply knowing your subject can produce a remarkable image. In this case, Audun spent years trying to capture this photograph, and I am so grateful that he persevered, for it is truly a gift to us all."

Since launching in 2014, BigPicture has established a fast-growing reputation within the photography community, receiving a four-star rating from The Photographer’s Guide to Photo Contests by Photo Shelter five years running. In 2018, Chronicle Books released Wonders, a photography book featuring more than 100 breathtaking images from the BigPicture competition and a foreword by Dr. Sylvia Earle, renowned marine scientist and ocean advocate. The book was nominated for the Edward Stanford Travel Writing Awards in the Photography & Illustrated Travel Book of the Year category later that year.

Awards include $12,000 in cash prizes and all 50 winning images will be featured in the annual BigPicture photography exhibit, set to open on July 26, 2019 at the California Academy of Sciences in San Francisco.