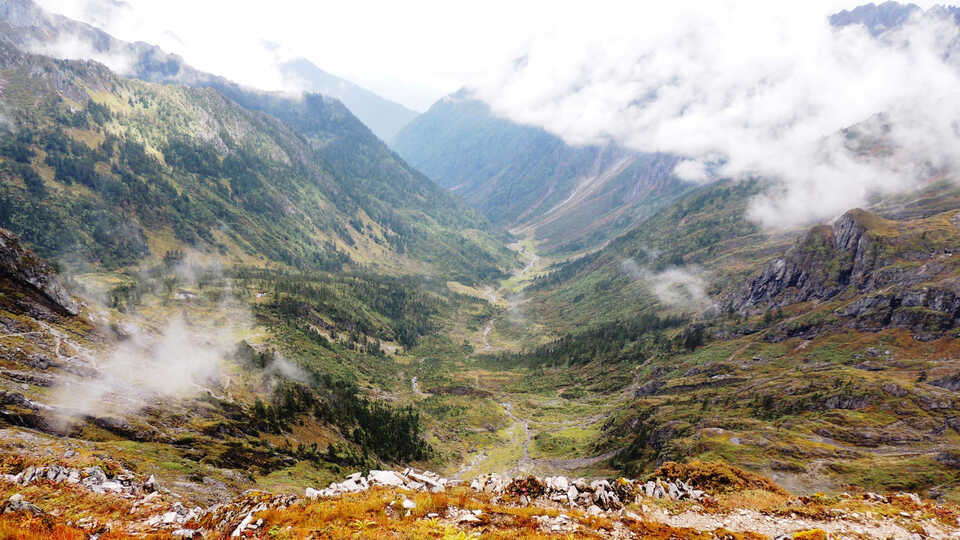 The Academy’s ongoing China Natural History Project was inaugurated in May 1998 to provide new insights into the biology of the region’s flora and fauna. The Gaoligong Shan region in the northwestern Yunnan Province is comprised of a range of environments extending from high mountain meadows to lowland sub-tropical forests. This area is recognized as a "biodiversity hotspot" by the World Wildlife Fund—it hosts one of the most diverse assemblages of plant and animal species in all of China.

The physical geography of Yunnan has led to the evolution of a vast array of species types, but extreme isolation has resulted in poor documentation of its unique plant and animal inhabitants. The concentrations of endemic species—those found nowhere else in the world—support the theory that the region is an isolated paleoenvironment—an area that, due to its seclusion, has remained relatively unchanged for millions of years. 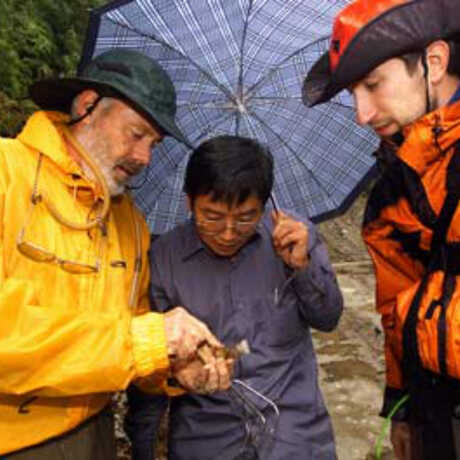 The China Natural History Project is a three-way collaboration between the California Academy of Sciences (CAS), the Kunming Institute of Botany (KIB), and the Kunming Institute of Zoology (KIZ). Throughout the years, the incredible biodiversity of the Gaoligong Shan region has brought Academy biologists from many disciplines to study its flora and fauna. Along with their Chinese colleagues, entomologists Dave Kavanaugh and Charles Griswold have studied the area’s beetles and spiders, respectively. Additionally, botanist Peter Fritsch has explored the region's parasitic plants and wintergreen species. 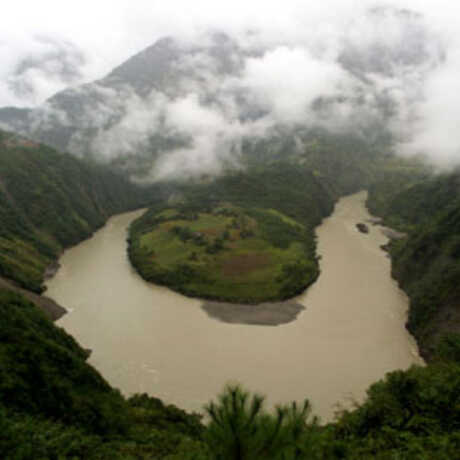 The forests of the Gaoligong Shan region face the possibility of a future as firewood or lumber. The China Natural History Project is a collaborative effort to document and preserve the biodiversity of China before it disappears. By collecting data and specimens, Academy scientists also hope to add many taxa to the museum’s collections and databases for the use of researchers around the world. And by conducting studies in this area—and making the results widely and publicly available—the project can help to inform future conservation decisions. 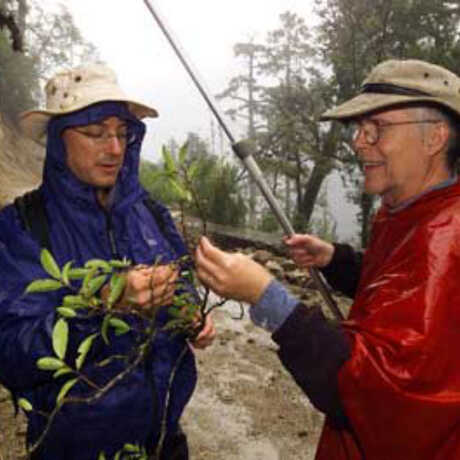 Since the beginning of the China Natural History Project in May 1998, many new species of plants, insects, spiders, and snakes have been discovered. Entomologist Dave Kavanaugh, who's returned to the region multiple times to hunt for carabid beetles, estimates that more than 40,000 specimens—representing over 530 different carabid beetle species, at least 80 percent of which are new to science—have been collected, prepared, and identified. Academy colleague Charles Griswold has, with the help of collaborator Chang Min Yin,  helped describe at least 36 new spider species.

Botanist Peter Fritsch has also made multiple trips to the region. On one of his earlier trips he discovered a population of flowering parasitic plants (Balanophora involucrata) that were thought to only occur in Africa, Australia, and eastern Asia. On more recent excursions, he's focused on studying the high alpine plants, or wintergreens, of this area. Prior to his last trip, it was believed that there were seven species of wintergreens in this region; upon closer examination in the field, Fritsch determined that there are at least 23.

The Flora of China 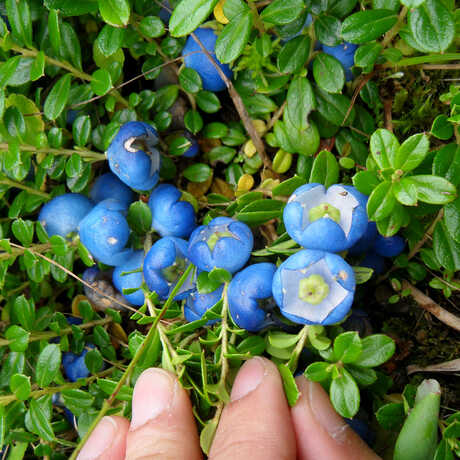 Academy research in the Yunnan province area has contributed to The Flora of China , an inter-institutional, international project to produce the first English-language series on the flora of China. With its extensive herbarium collection and outstanding library of recent Chinese botanical literature, the Botany Department of the California Academy of Sciences serves as one of the editorial centers for this project. The flora will be published in 25 volumes covering all the vascular plants of China. 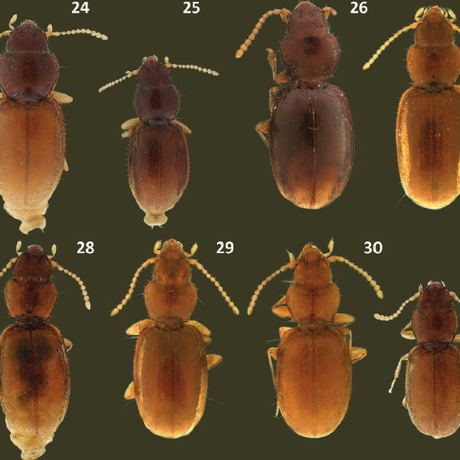 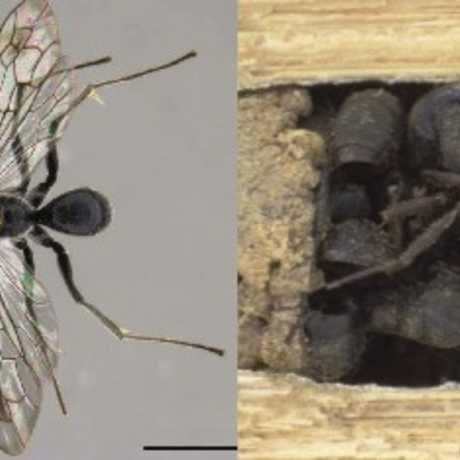 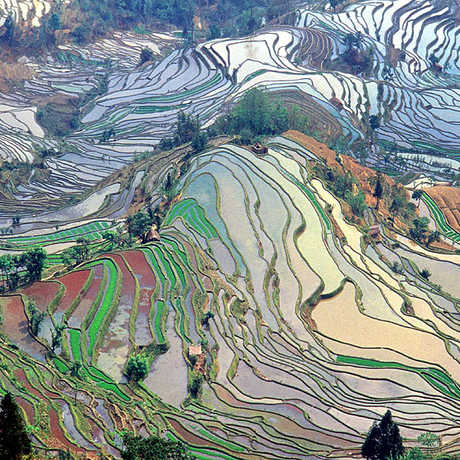 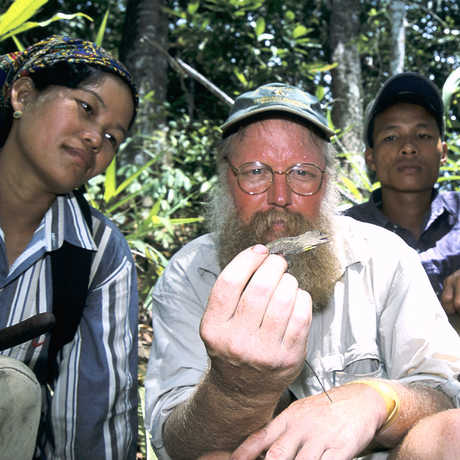 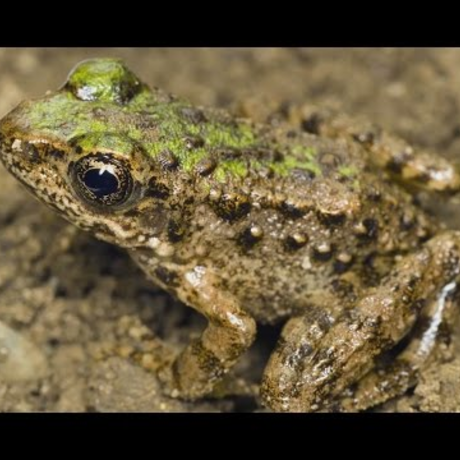 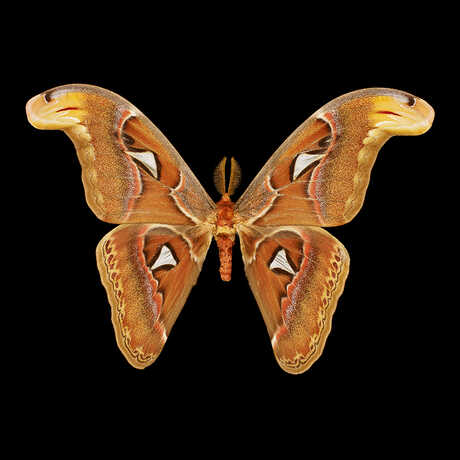 Atlas Moth
Atlas moths are famous for the markings on their wings that bear an uncanny resemblance to cobra heads.
See all expeditions
Entomology at the Academy

Learn more
Botany at the Academy

Botany staff work in biodiversity hot spots around the world to document the extraordinary variety of land plants and the environments in which they grow. Meet our researchers, explore projects and expeditions, and more.

The Academy's Institute for Biodiversity Science and Sustainability seeks to discover new knowledge about life's diversity and the process of evolution, and to rapidly apply that knowledge to sustainability challenges. Learn more about our staff, departments, and projects below.